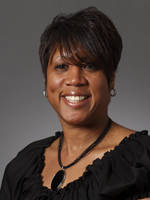 Michelle Clark-Heard called WKU’s head coaching job a “dream” when she was hired on Thursday.

It’s her first career Division I head coaching position, and it comes at a school where she played from 1987 to 1990.

But Clark-Heard now takes over a Lady Topper program coming off its second straight losing season.

“If you read the paper or listen to the administrators talk, it’s all about winning, isn’t it?” Sanderford said. “And Dr. Ransdell’s looking for a quick fix. I don’t know that there is one.

“The fix is getting better players, getting people to perform at a higher level, and that’s not easily done.”

Clark-Heard takes over a team losing three of its scorers from last season to graduation.

The Lady Toppers have three scholarships available for the spring signing period, which begins on April 11.

Clark-Heard, who served as an assistant under Sanderford at Nebraska, has the experience and people skills necessary to fill those scholarships with quality talent, Sanderford said.

“She understands building a relationship and recruiting for needs,” he said.

Clark-Heard’s former boss, University of Louisville head coach Jeff Walz, said one of her first priorities should be building a strong coaching staff around herself.

Clark-Heard said on Thursday she’ll conduct interviews with each of her current assistants in determining who will return for the 2012-2013 season.

Per her contract, she has $200,000 available for her assistant coach salary pool.

“There are areas I’m not great in, so you hire people that you know can complement you,” Walz, a former WKU assistant, said. “That’s what we’ve been able to do and I think Michelle will do the same thing. She’ll hire people that will complement her.”

Clark-Heard also said on Thursday that one of her primary goals was to get herself and her team out in the community in order to make people aware of the program and bring fans back to Diddle Arena.

The Lady Toppers averaged 1,153 fans per game in Diddle in 2011-2012, WKU’s lowest home attendance average since the team began keeping detailed records in 1993.

Sanderford said that in order for fans to come back, the team has to win.

“If you look at her roster, I don’t know that the expectations are really way too high,” Sanderford said. “…I’ve always thought that you can promote and get people in the stands, but winning is the bottom line.

“My favorite saying has always been that it takes chicken to make chicken salad. It’s a bottom line job.”