COLUMN: Toppers are back, and they’re just beginning 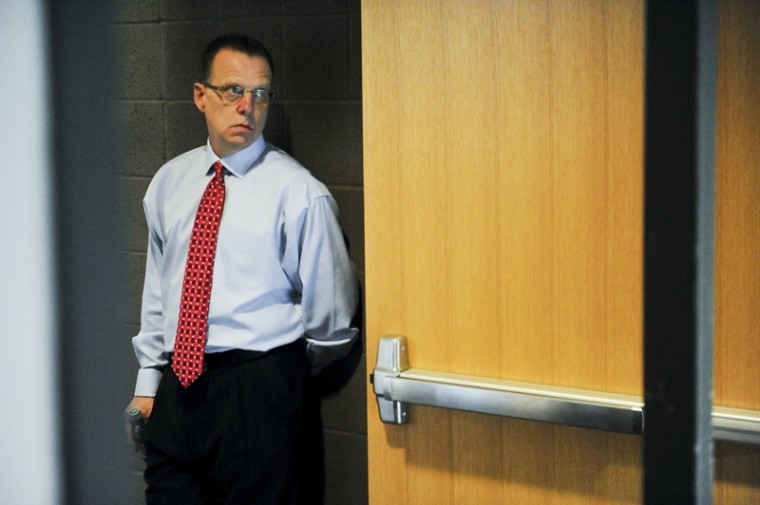 HOT SPRINGS, Ark. — Maybe one phrase can sum up the attitude in Summit Arena on Tuesday night.

It was a quote given about a week and a half earlier after WKU’s 73-67 win over Middle Tennessee State in front of a sold-out Diddle Arena.

On that Feb, 25 night Head Coach Ray Harper took the mike and addressed a crowd that had been in a frenzy.

The building hushed up when Harper spoke.

The former Division II and NAIA National Champion coach that had been named to the permanent position just six days prior to that night, talked for about a minute.

Harper capped off his short speech by saying, “We’ve only just begun.”

What we’ve witnessed in Hot Springs has proven the man was absolutely right.

No. 7 seed WKU held off a pesky 10th-seeded Florida International squad 67-63 in the first round on Saturday.

The Toppers shocked No. 2 seed Arkansas-Little Rock 68-63 the next night.

Then in the semifinals on Monday WKU punched a ticket to the league title game, winning a 67-63 slugfest against No. 3 seed Denver.

Finally on Tuesday the Toppers made a once-laughable dream reality, coming back from a 55-42 second-half deficit to beat No. 3 seed North Texas 74-70 and win the league title.

His Toppers may have “only just begun” when he was named permanent head coach on Feb. 19, helping to spark a six-game winning streak.

And now after the team sealed its place in the NCAA Tournament, it hasn’t finished beginning.

Just look at the box scores from this week as proof.

And forward George Fant was named the Tournament’s Most Outstanding Player after averaging 14.8 points per game during the run.

The scary part: All of these guys are freshman.

Add in sophomore forward O’Karo Akamune, who played lockdown defense all week and came up with a big offensive rebound and putback in the final minute against North Texas.

Throw in junior center Teeng Akol, who scored 23 points in the title game and will likely go into next year as one of the Sun Belt’s most respected big men.

All of them will have a full offseason under Harper’s weight training and conditioning program when the 2012-2013 season rolls around.

Other than the graduation of senior guard Kahlil McDonald, everyone is coming back.

And as McDonald said of that bunch after Tuesday’s game, “They know what it feels like now. It’s the ultimate feeling and I’m pretty sure they’ll win it again and again and again for three more years.”

The man who promoted Harper, Athletics Director Ross Bjork, called the win “a testament to Ray.”

“These guys had it in them,” Bjork said, “they just had to get the right person to get it out of them.”

Now they do. His name is Lilburn Ray Harper Jr.

WKU will likely be named a 16-seed on Selection Sunday, and will probably be sent to Dayton, Ohio early next week to to compete against a No. 16 seed in the NCAA’s First Four.

Should the Toppers win that, they’d be paired with a No. 1 seed (Kentucky? Syracuse? North Carolina?) looking to be the first No. 16 to ever knock off a No. 1.

What a story that would be.

Topper fans, whether they be with family, driving back from Hot Springs or hitting the Spring Break bars of Panama City, should enjoy every second of Tuesday’s win.

Celebrate a team that was written off for dead.

Celebrate a team heading to the NCAA Tournament, and one that should do so for years to come.