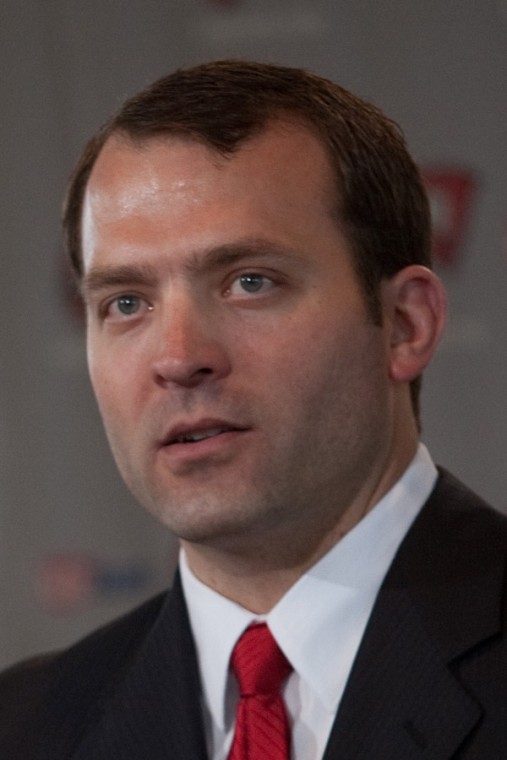 Former WKU Athletics Director Ross Bjork accepted the same position at Ole Miss on Wednesday. Bjork was responsible for a number of changes in WKU's athletic programs, including the firing of both men's and women's basketball coaches this season.

Athletics Director Ross Bjork has accepted the same job at Mississippi, both WKU and Ole Miss confirmed on Wednesday.

Bjork’s departure to Ole Miss comes just after the two-year anniversary of his March 12, 2010 hire.

He will replace current Ole Miss AD Pete Boone, who announced his retirement in November.

“Ole Miss has a rich and vibrant athletic culture, and I want Ole Miss Athletics to continue to excel in every aspect,” Bjork said in an Ole Miss athletics department release. “It’s time for us to capture the aura, tradition and passion of the Ole Miss family, in order to provide the necessary resources for our student-athletes to excel on and off the fields and courts.”

Bjork sent out the following release through the WKU Athletics Department:

“I have decided to accept the Director of Athletics position at the University of Mississippi and depart WKU. While I was not seeking to leave WKU, the opportunity to oversee and manage the athletics department at a historic and prestigious university in the Southeastern Conference was one that we had to examine and ultimately accept.

“Dr. Ransdell gave me a tremendous opportunity two years ago, and I will always be indebted to him and our friendship. While my tenure at WKU has certainly turned out to be shorter than I could ever have anticipated, I have cherished every moment I have worked for WKU and been a part of the Hilltopper Nation.

“My family – Sonya, Payton and Paxton – has developed many friendships within the Bowling Green community, and those friendships will endure well beyond our stay here. I cannot thank everyone in our community enough for the tremendous hospitality that we have been extended since the day I was hired.

“I appreciate the extraordinary efforts of our coaches and student-athletes and all that they consistently represent on and off the field of play. They are to be commended for their successes and the manner they go about achieving them. I have treasured getting to know our student-athletes on a personal level, and I will miss those relationships the most.

“I also want to thank our athletics staff. We have many talented and dedicated people within our athletic department whose successes on a daily basis do not make the sports pages but are vital to WKU’s athletics advancement.

“The future of WKU Athletics is bright and the foundation is in place for greatness to occur for years to come. WKU fans can always count on the Bjork family being proud members of Hilltopper Nation.”

Bjork, 39, is the youngest AD in the Football Bowl Subdivision.

The search to replace Boone, who had been AD at Ole Miss since 2002, was led by FedEx executive Mike Glenn and former NFL and Ole Miss quarterback Archie Manning.

The Ole Miss AD search, which began when Boone announced his retirement on Nov. 7, was described as “notoriously tight-lipped” on Tuesday by the Jackson (Miss.) Clarion-Ledger.

“Ross will bring incredible energy to the Ole Miss family, and I’m looking forward to seeing that grow,” Manning said.

Bjork fired former men’s basketball head coach Ken McDonald on Jan. 6 after the Toppers got off to a 5-11 start and named Harper, then an assistant, to the interim position.

WKU went on to win the Sun Belt Conference Tournament and advance to the second round of the NCAA Tournament.

Other decisions Bjork has made include:

—Calling for a “reset” of the men’s basketball program on March 14, 2011, while announcing McDonald would return to coach the 2011-2012 season with a reduced contract.

Bjork’s accomplishments include Sun Belt Conference titles in track and field, men’s basketball and volleyball won during his tenure.

The contract Bjork signed at the time of his hiring called for an annual base salary of $185,000.

Prior to coming to WKU, Bjork directed fund raising activities in the UCLA athletic department. He has also worked previously at Miami (Fla.) and Missouri as an athletic administrator.