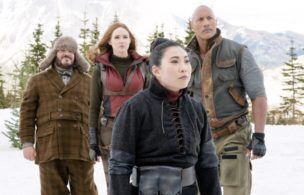 Netflix has struck a deal with Sony Pictures Entertainment to have first streaming rights to its feature films starting in 2022.

The multi-year agreement means future installments of the Spider-Man and Venom franchises will go to Netflix following their theatrical and home entertainment windows, as well as the sequels to Jumanji and the Bad Boys. Already lined up for 2022 are Where the Crawdads Sing, Bullet Train, Morbius, and Uncharted. See AlsoTom Holland to Lead in ‘The Crowded Room’ Anthology Series at Apple TV+
The project hails from ‘A Beautiful Mind’s Akiva Goldsman.

The new deal builds on Netflix’s existing agreement with Sony Pictures Animation Films. Netflix will also license an unspecified number of older movies from Sony’s library and get a first look at movies produced by Sony exclusively for the streaming market.

Sony’s primary pay-TV partner since 2006 has been Starz, and the deal with Netflix comes after a nearly two-year auction for exclusive rights to SPE’s theatrical releases. “Sony Pictures is a great partner and we are thrilled to expand our relationship through this forward-thinking agreement,” Scott Stuber, head of Global Films at Netflix, said in a statement. “This not only allows us to bring their impressive slate of beloved film franchises and new I.P. to Netflix in the U.S., but it also establishes a new source of first-run films for Netflix movie lovers worldwide.”