Damaged Rock House to be demolished 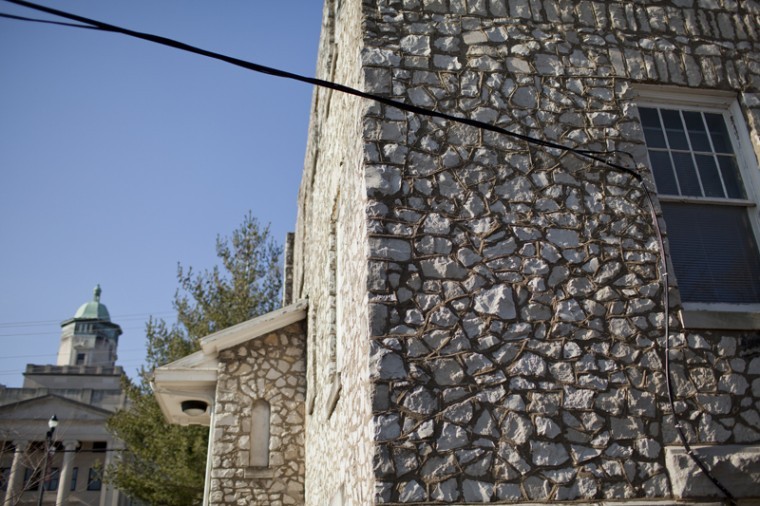 The Rock House, built between 1850 and 1875, will be torn down within the upcoming months. A recent inspection revealed a termite infestation, wearing down its foundation. President Gary Ransdell suggested that the land may go to additional parking.

In the coming months, a familiar building at the top of the Hill, the Rock House, will come tumbling down.

The building, used as a home base of sorts for the folk studies and anthropology departments, became condemned after an inspection to repair a leaky toilet led to the discovery of a far worse problem — a severe termite infestation.

Damage to the foundation of the building, in addition to water damage, also contributed to the decision to bring the building down.

Darlene Applegate, associate professor for folk studies and anthropology, made heavy use of the Rock House as a lab for cleaning artifacts.

“It didn’t surprise me that they made the decision,” Applegate said. “The building had declined, and they had just always been talking about it having to go sooner or later.

“It’s just a cool building. It has a lot of character.”

President Gary Ransdell said the plans are to bring the building down in the near future and possibly put additional parking spaces in its place.

“It’s an old building … and it would cost an awful lot of money to try and restore or rebuild for a very small space,” Ransdell said.

He said just because it’s an interesting, old building doesn’t mean the university needs to spend a lot of money to save it. Though Ransdell said he is in favor of saving and restoring buildings on campus, the Rock House is not worth it due to its small size and small historic significance.

Applegate said she believes if money had been invested earlier rather than waiting until the problem became so serious, the building might have been saved.

The building, according to Applegate, was built between 1850 and 1875. It has changed hands numerous times, eventually being bought by President Paul Garrett and used as a women’s dormitory when WKU was still Western Kentucky State Teacher’s College.

Beginning in the 1970s up until 1996, the Rock House served as the International Student Affairs building before being turned over to the anthropology department for lab use.

Students attended class, washed artifacts and joined in on anthropology club meetings in the Rock House.

“The students are attached to the building,” Applegate said. “They spend a lot of time over there.”

Hope Hawkins, a graduate student in the folk studies program, is one of those students. As an undergraduate from Cub Run in the anthropology department, Hawkins spent numerous hours working in the house.

“It’s part of people’s memories,” Hawkins said. “That was our anthro lounge.”

The anthropology department is currently being housed on the third floor of Tate Page Hall where they have classroom space, lab space and storage areas for artifacts. The move is only temporary, and the plan is to eventually move the department once again into a renovated Grise Hall after the construction of a new business college building.

Hawkins and other volunteers will be moving the vast collection of artifacts housed within the Rock House to the new storage area in Tate Page on Saturday.

“We’re trying to see positives, and one of the positives is we are getting renovated space,” Applegate said.

Ransdell said the department’s future space will be renovated to its specific needs.

Applegate said if the house had to go down, this year was a good year to do it, as the department added two new staff members.

“It’s the right time to create a new identity with new people,” she said. “The new space is a space we can all create together.”