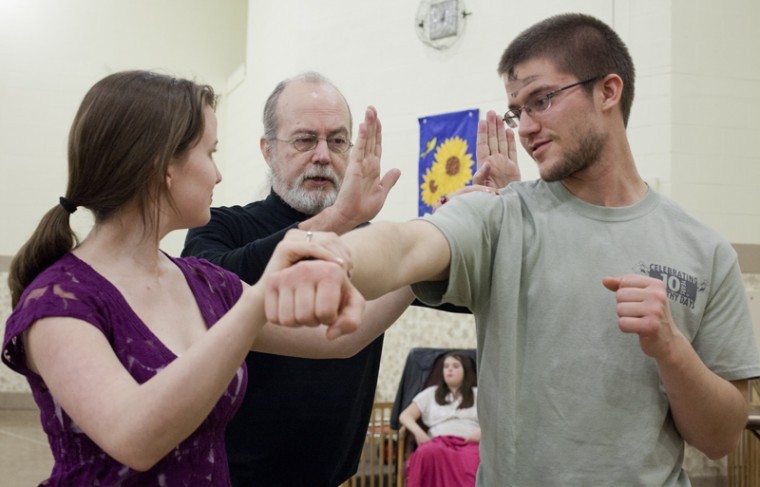 The WKU Counseling and Testing Center and Hope Harbor sponsored a personal safety class to give participants a chance to learn techniques should they ever find themselves in a dangerous situation.

The event, which was took place in Jones-Jagger Gym, was taught by Master Tom Pardue of East West Kung Fu Academy, along with two instructors from his school.

Pardue showed participants how to correctly position their bodies in order to effectively defend them, stunning techniques and escapes.

“I hope they have a plan of action,” Pardue said. “I hope that they have the ability to know what they’re going to do before they’re confronted with a situation.”

The class is part of the Testing Center and Hope Harbor’s recognition of Dating Violence Awareness Month and Sexual Assault Awareness Month, which will be next month.

Elizabeth Madariaga, sexual assault services coordinator for WKU, hopes that the class and other events during March will “increase awareness against interpersonal violence.”

Participant freshman Roxanne McLean stated that before this class, had been in a harmful situation she would have been ”completely defenseless.”

Now, McLean said she has a different outlook.

“I feel like I have a sense of power. I have something I could use to defend myself,” she said.

There will be a second free personal safety class at East West Kung Fu Academy on March 3 at 1 p.m.