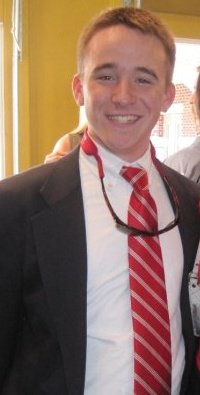 Editor’s note (5/12/2016): Documents provided to the Herald show that the charges originally filed against Christopher Boling were dismissed with prejudice in February 2015. Boling’s record was expunged in May 2015 via order of Warren County District Court.

Boling’s brother, Bowling Green sophomore Christopher Boling, was present at the scene when police arrived, where he was cited for tampering with physical evidence, possession of a controlled substance and resisting arrest, according an official police report.

The officer who arrested Christopher Boling said he responded to an overdose call at Boling’s residence, the citation said. The officer began speaking with the brother and roommate of Bradley Boling. As the officer was about to ask for consent to search the residence, another officer noticed that Christopher was pulling his cell phone from his pants pocket.

After being mirandized, Christopher Boling said he removed the baggie of pills from his brother’s body prior to police arrival, the report said. Using a pill identifier, police found the pills to be Alprazolam, also known as Xanax.

Ward said the investigation is being handled as a death investigation. Prior reports of a gunshot wound are false, Ward said.

A candlelight service in Boling’s honor will take place tonight at 7:30 p.m. at the SAE fraternity house located at 300 E. 14 St.