EDITORIAL: SGA should, could do more 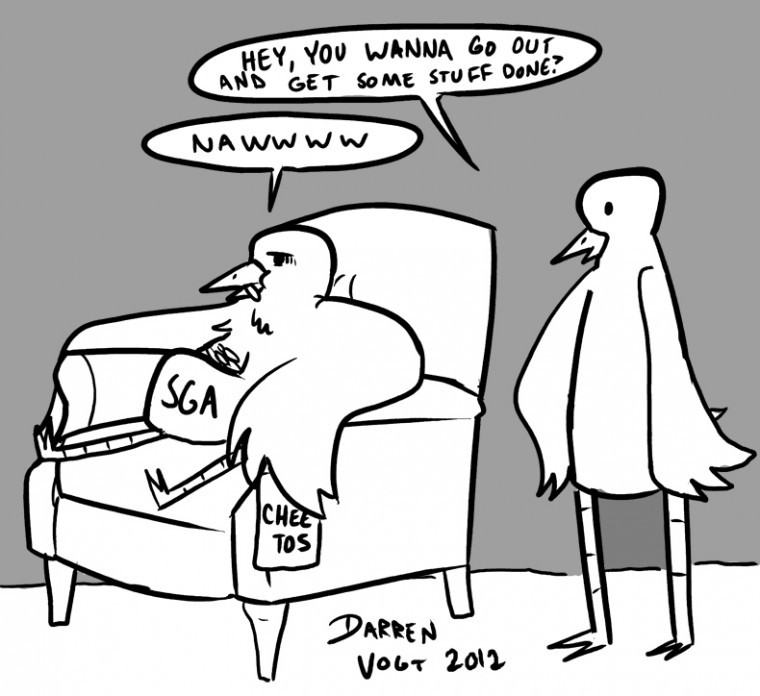 THE ISSUE: After having two relatively-short meetings and no new plans on the agenda this semester, it appears SGA hasn’t been on the ball.

OUR STANCE: The Herald fears SGA will keep up this trend and end the semester without accomplished much. We strongly urge them to do more.

In a perfect world, the student government serves its students and has several things going on at all times.

For WKU’s SGA, however, things have been a lot less than ideal.

One of the most crushing events was losing the Provide-A-Ride service and not finding a replacement provider, despite there being an offer on the table from Parking and Transportation Services.

SGA has said that it will work toward getting a new Provide-A-Ride service but admitted it wasn’t entirely feasible before the semester ends.

Provide-A-Ride, a service of good use in a college town such as Bowling Green, should have been found as soon as possible and should be one of the first priorities for SGA right now.

The Herald encourages SGA to do more about Provide-A-Ride, or at the least, do something.

Last semester, SGA had to pay a $15,000 bill from the previous administration for owed payment on Provide-A-Ride.

SGA had to enforce its attendance policy this semester after nearly one-third of its 36 senators had to go through judicial review because of excessive absences last semester — two were even removed from office.

It seems the negatives have outweighed the positives this year, which is unfortunate for the students who should be benefiting from their student government.

SGA has plenty of inventive ideas. But this year, when it has come to putting those plans into action, things become stagnant. As the government for the student body, they should do more. WKU students need more than a free concert and bluebooks.

Last semester, SGA ended without any groundbreaking work. Their effort on the DUC renovations can be commended, but that was left behind when they started talking about changing the name of our university center.

The Herald feels that this semester SGA should become more involved and hopes this trend of 10-minute meetings and purposeless business ends soon.