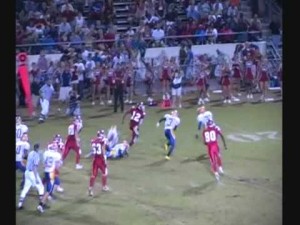 Ben Axon, a former Rivals four-star running back, will be walking on for WKU football next season.

It’s been a rocky road for Axon before ending up on The Hill.

However, Axon never arrived to South Carolina. In May of his senior year, the star football player was arrested and charged with possession of marijuana with intent to sell.

According to police reports, an officer pulled over a vehicle that had Axon in the backseat, and the officer reported he smelled marijuana.

Axon gave the officer marijuana divided into 23 small bags and said the marijuana was his, according to the police report.

That August, Steve Spurrier said that Axon was denied admission to South Carolina and was looking at other schools.

The 6-foot-1, 195 pound running back landed at Eastern Michigan. According to an article posted on AnnArbor.com dated Aug. 28, 2009, Head Coach Ron English wanted to give Axon a second chance.

English said in a statement that Axon would not play until the 2010 season, saying he had to maintain a clean record and remain in good academic standing through 2009 before he’d step on the field as an Eagle.

“We think he will be a great addition to the team,” English said in the article. “But we want Ben Axon to be a great student at EMU before he is a great player for EMU.”

But, like at South Carolina, Axon never suited up for the Eagles. He transferred to Butler Community College, a junior college in Kansas. Axon told the Bradenton Herald in 2010 that he left Eastern Michigan because he didn’t feel right there.

Aaron Flores, who recruited Axon out of high school and was offensive coordinator for Butler C.C., was willing to pick him up.

Axon flourished at Butler,  becoming the team’s leading rusher as they made a run at the junior college national championship where they’d eventually fall in the championship game to Navarro College.

But then, Axon decided to part ways with the junior college. He told the Bradenton Herald in November of 2011 that he left Butler because he said he felt they didn’t have his best interests at heart.

Axon said his plan was to stay at Butler for one year, then transfer to a four-year school but he didn’t have the right credits to graduate and felt misled.

Axon transferred to Holmes Community College, but according to the Bradenton Herald, he arrived late and things didn’t work out as planned.

After the successful 2010 season at Butler CC, Axon had new offers from West Virginia, Texas A&M, and Mississippi, according to his quote in the Bradenton.com article.

But those all disappeared.

Now, Axon is headed to WKU.

“WKU runs the West Coast offense, and the position fits me,” Axon told the Bradenton Herald on Wednesday. “I want to get out there early, get used to the environment and be ready to go when I become eligible. My feeling is the sooner I get there, the better.”

Axon never returned calls to the Herald dating back to last week.