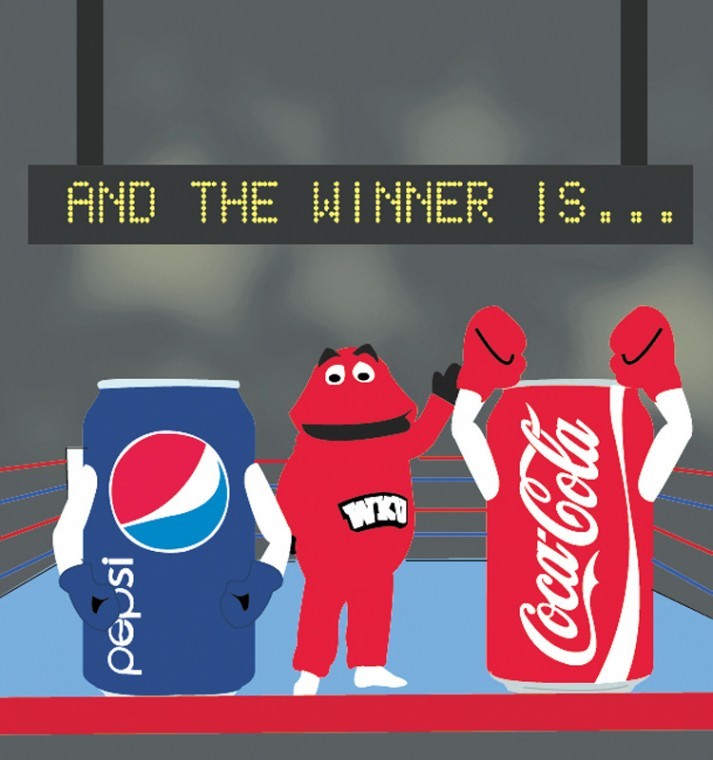 WKU students can now “open happiness” thanks to a new partnership with Coca-Cola.

Two weeks ago, the bottler won the campus pouring rights for the next 10 years after submitting a better proposal than Pepsi.

This means that Coca-Cola products will be sold in every dorm, soda fountain, convenience store and athletic facility, replacing Pepsi for the first time in 15 years.

John Osborne, vice president for campus services and facilities, said the contract with Pepsi had been extended through business negotiations, but it couldn’t be extended any further.

“It was a point in time where we had no additional extensions in the contract; it had to be bid,” Osborne said. “In other words, open competition was the only option.”

The contract has not been officially signed, but WKU is operating with a letter of intent from Coca-Cola.

The deal will benefit the University through product, commissions and advertising in athletics.

“Over the 10-year life, it’s a $6 million benefit to the university,” Osborne said.

“We believe the upside potential is greater, and just checking with the local sales off campus, Coke has a higher sales volume in our regions,” Ransdell said. “The numbers were close but favored Coke.”

Gary Meszaros, assistant vice president for Auxiliary Services, said the transition from Pepsi to Coke has been harder than he thought it would be.

“We had a late start on this,” Meszaros said. “We thought we had two months to do this, but instead, we had two weeks.”

Meszaros said Coca-Cola distributer Clark Beverage Group has been helpful with the move.

“They’re bringing their machines faster than Pepsi can take them away,” Meszaros said.

Marshall Gray, director of Printing, Postal, and Vending Services has been overseeing the transition between Pepsi and Coca-Cola machines.

“The transition is going along great,” Gray said.

Vending machines in the dorms were not switched over to Coca-Cola and still offered Pepsi products. Gray said those buildings will start the transition today.

Gray said the decision to wait was made to not disrupt students moving back from the break or prevent students from not having access to a vending machine while the switch happened.

“The goal is to have all of the vending machines switched out by next week,” he said.

An event to officially welcome Coca-Cola back to WKU will soon be announced.