M is for Movie Enthusiast: Student shares his love for movies with others 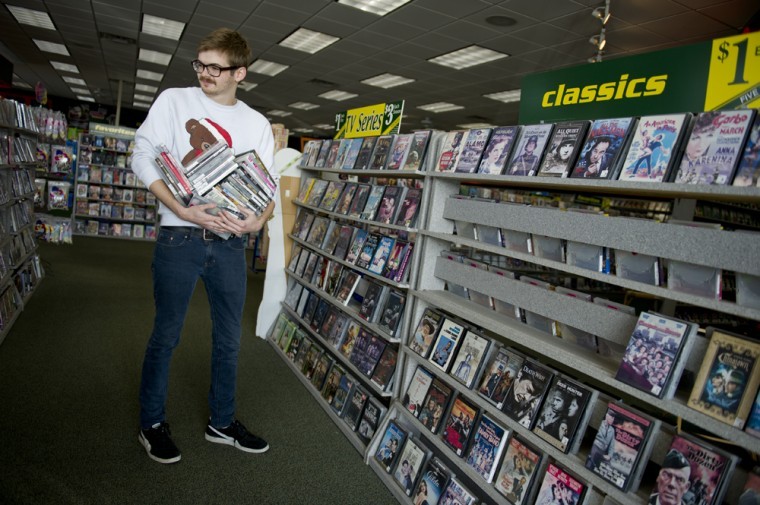 When Stefan Meadows followed a cute girl to Film Club as a freshman, he didn’t realize how much of an impact it would have on his life.

The Franklin senior is now president of the Film Club, minoring in film and hoping to one day teach movies professionally.

Meadows’ love for movies was instilled in him by his mother at a young age, watching movies every weekend and almost every day.

“I remember watching all kinds of movies, even some that I was probably too young to be watching,” he said.

But it wasn’t until joining the Film Club that Meadows became interested in pursuing film as a possible career choice.

“I’ve always had a passion for film, but I was trying to do the grownup thing and do advertising,” he said. “I was kind of scared and wary of having a film minor, and then I just realized it’s my passion and one way or another I needed to do something with it.”

Though Meadows is an advertising major, he views it as more of a safety net should film not work out.

“I still enjoy advertising, but film is definitely where my heart lies,” he said.

Meadows said he used to prefer new movies, but since becoming a film minor at WKU, he has come to appreciate older directors, like the late Billy Wilder.

His all-time favorite movie is Wong Kar-wai’s In The Mood For Love, and he also cites David Cronenberg as one of his favorite directors.

He said his favorite thing about movies is the way they can make people feel something.

“Today, there’s almost this apathetic generation,” he said. “Everyone doesn’t want to act like they feel anything. I love how films can make you think, and also they can instill this mass amount of emotion in you.”

The fictional character that he most identifies with is Bill Murray’s character in “Lost in Translation.”

“I’m not old by any means, but I think everyone can kind of relate with his character and this kind of helplessness and lost feeling in your life,” Meadows said. “I feel like everyone, no matter how old you are, at some point can relate to that.”

Meadows said that he feels like everyone should take an analytical film class at some point.

Louisville senior Laura Bianco is in one of the same film classes as Meadows and shares his love of cinema.

Bianco said she came to WKU because of the good things she’d heard about the broadcasting department, and hopes to one day edit movies or movie trailers.

Since Bianco’s been in the broadcasting department, she has gained an appreciation for the craft of editing films.

Bianco said she looks to movies mostly for entertainment but also for escape.

“I think it’s like that for a lot of people,” she said.

Jarred Halcomb, vice president of the Film Club, joined because of a friendship he formed with Meadows in a film class.

Halcomb, a Central City senior, said he enjoys discussing films with Meadows because of the interesting and analytical perspective Meadows brings.

“Stefan is very passionate about films,” he said. “He considers them very seriously, and has very strong opinions about how films should be made and experienced by an audience.”

Halcomb and Meadows said they hope that Film Club will continue to expand next semester.

“Film Club is a community for people who love film to get together and keep up with their interest in it – to have an outlet for their passions and to be around people who enjoy them as well,” he said.