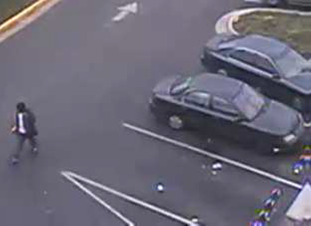 A 16-year-old Gatton Academy student reported on Tuesday that he was approached by a black male around 1:05 p.m. and was the victim of an attempted robbery. The perpetrator was described as standing 6-feet tall with a full bear and mustache and wearing a dark toboggan and gray jacket. WKU police said the man was seen leaving in a dark color car, which they believe is the one next to the empty space in the photo.