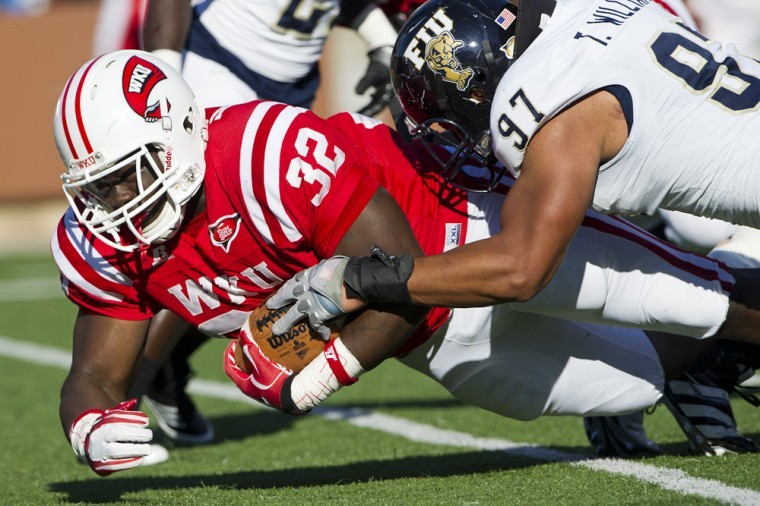 Casey Tinius came off the bench Saturday to lead WKU to its fifth straight victory.

The senior kicker, a former Bowling Green High School standout, put a 34-yard field goal through the goalposts and onto the grass behind the West End Zone to clinch a 10-9 win over Florida International.

It was the second consecutive home victory for WKU (5-4, 5-1 Sun Belt Conference) after losing its previous 18 at Smith Stadium.

Tinius came on in relief of freshman Jesse Roy, who missed two kicks earlier in the game.

FIU took a 9-7 lead early in the fourth quarter on kicker Jack Griffin’s third field goal of the day.

The Golden Panthers, the defending Sun Belt champions, fall to 5-4 overall and 2-3 in league play.

More to come later at wkuherald.com.