WKU will retain Guidry after DWI arrest, according to statements by Bjork, Taggart 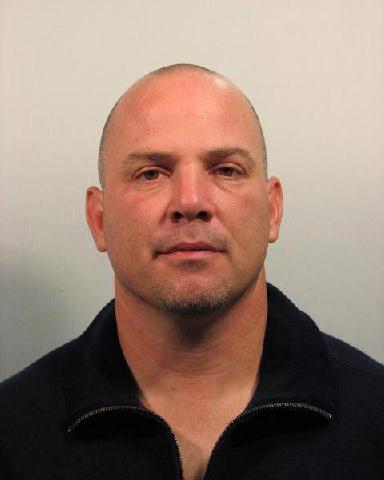 WKU defensive coordinator Lance Guidry was arrested Saturday for driving while intoxicated. The image was obtained from the East Baton Rouge Parish Prison where Guidry was booked and released. He coached in WKU's game against Louisiana State.

Editor’s Note: The charges against Lance Guidry of DWI, improper lane usage and reckless driving were expunged under a court order dated Sept. 12, 2014.

Guidry was arrested at 1:03 a.m. Saturday for driving while intoxicated, according to an affidavit of probable cause obtained by the Baton Rouge Advocate.

Guidry was booked into the East Baton Rouge Parish Prison on one count of second-degree DWI and improper lane usage, according to the affidavit.

The spokesman could not comment on who posted bail for Guidry or who the car in which Guidry was driving was registered to.

“I would like to apologize to my family, our players, coaching staff, administration and fans for the undue attention my poor judgment has caused. Our football team put forth a tremendous effort against the nation’s top ranked team, and I have done a disservice to our entire program by shifting the focus away from where it belongs.  I accept full responsibility and the consequences for my actions.  I can assure everyone associated with our program that I have learned from this and it will never happen again.  I will do everything in my power to gain back the trust and confidence from those I have let down. It is an honor and a privilege to be a Hilltopper, and I will prove that more than ever moving forward.”

News of Guidry’s arrest broke Saturday during the Toppers’ game against Louisiana State.

WKU Associated Athletic Director Todd Stewart said Saturday that WKU had no comment and that Guidry would not be made available for comment after the game.

The affidavit states he has been arrested twice before for DWI, in April of 1990 and September of 2003.

An officer put Guidry through a field sobriety test, which he didn’t pass.

Athletics Director Ross Bjork and Willie Taggart both declined to comment on the situation following the game.

Their statements were released Sunday.

“When Coach Guidry informed me of his arrest, it was disappointing on many levels.  We take tremendous pride in doing everything in our program the right way and we welcome that responsibility. Coach Guidry was away from our team hotel viewing high school games so he could evaluate firsthand the players we are recruiting. It is standard practice on road trips for a member of our coaching staff to attend high school games.  Coach Guidry is from Louisiana, and after his duties were completed, he then met up with a friend at a restaurant near our hotel. While Coach Guidry did not miss any meetings or functions while he was away from our team hotel, his conduct was certainly not consistent with our value system and how we must operate.

He understands the seriousness of his actions, and he and I spoke to our entire team about this before we left the stadium last night.  This type of conduct is not acceptable, there will be disciplinary measures as a result, and they will be handled internally.  Our football team is a family, and families stick together during challenging times.  We have two very important games remaining, and our program will be focused on finishing the season strong and reaching our goal of winning a Sun Belt Conference championship.”

“I am personally disappointed in Lance’s actions during our trip to Baton Rouge.  Lance is a great football coach and has brought great energy to our team and defense since he arrived.  He knows better of his responsibilities as a public figure.  On Saturday morning at the team hotel, Lance requested a meeting with Coach Taggart and I during which he informed us of the specifics of his arrest. Right away, Lance was very forthcoming, remorseful and accepted total responsibility for his actions. His story matched that of the public police report and the incident indeed happened after he was visiting with a friend at a restaurant near the team hotel.

In terms of Saturday’s game, we assessed all of our options and felt it was in the best interest of our student-athletes to have Lance coach them against LSU.  Removing Lance from the sideline would have been a detriment to our players who have worked so hard to be in this competitive position so late in the season.  Lance’s punishment should not be at the expense of our student-athletes.  Because of Lance’s contriteness and honesty after the arrest and the information we gathered, it was decided that he would coach the game.

When all university employees are hired, outsourced criminal background checks are performed over the previous five to seven years and no past history was discovered when Lance was hired in early 2011.  This is a matter we take very seriously, and moving forward we have formulated disciplinary measures with Lance that will be handled internally.  We have high standards for our staff and coaches, and there are no excuses for wrongdoing of this type.  Unfortunately, mistakes are a part of life, and how you deal with them will determine much about the future and how we all make decisions as a leader.  Lance owned this mistake from the moment we became aware of it, and he understands as a public figure the standards are different from others.  I am convinced he will learn from this and our team and staff will be focused on the last two games of the regular season as we compete for a championship.”