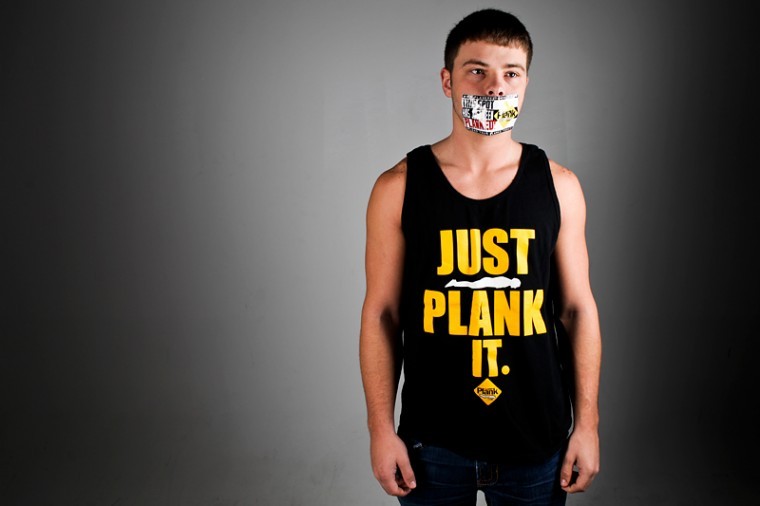 Bowling Green freshman Tyler Webster almost didn't enroll at WKU when he was banned from campus in August for planking. He's since found jobs at the university, though his reputation as the "planking guy" has stuck.

Tyler Webster rarely ever planks, but the Bowling Green freshman said the association is one that follows him ever since he laid stiff bodied on the statue of former WKU President Henry Hardin Cherry back in August.

“I don’t really plank. I never really did,” Webster said. “I saw a bunch of people doing it on the Internet and thought it would be a good way to get people to come to the website.”

Webster was briefly banned in August from setting foot on WKU’s campus after planking and placing stickers from his website around campus.

The ban was lifted less than a week later. Deborah Wilkins, chief of staff and general counsel, said the incident was protected under FERPA and WKU officials would not be able to discuss it.

Nonetheless, he says some people around campus still know him as the “planking guy.”

“A lot of people knew me. A lot of the guys during rush would ask me about (the incident),” Webster said. “The head of the art department said something to me too.”

Auburn senior Mitchell Moore knew Webster from outside of the planking incident. Moore said Webster is a great guy whose positive attitude in life makes him stand out.

But Moore agrees that his friend is widely associated with the term “planking.”

“That has definitely gotten him a lot of publicity, and that is how a lot of people do know him,” Moore said.

Lindsey, co-founder of PlankResponsibly.com, has known Webster for about three years now after the two met while attending Greenwood High School together. Lindsey said Webster has always been renowned.

“I mean I guess he got his 15 minutes of fame,” Lindsey said. “He continued on his tradition of being known.”

But Webster said the fame hasn’t been all fun.

“It has gotten me some negative attention too,” Webster said. “When you type in my name in Google it pops up saying I defaced property.”

Although many Google search results for Tyler Webster are articles regarding his prior planking incident, there is one link that will take you straight to his website, TylerWebster.com.

This site is one he created and uses to promote himself as a freelance graphic designer. Webster does everything from creating websites to designing business cards, T-shirts and gymnasium floors.

“He built (PlankResponsibly.com) pretty much from scratch,” Lindsey said. “He knows what looks good and what people like.”

“I just used to get on the computer a lot,” Webster said. “I started doing MySpace layouts and designed a lot of school shirts.”

Besides planking, Webster said, “My design skills are what everyone knows me for.”

“He is an epic graphic designer,” Lindsey said. “Everything he does is perfect.”

Webster said he views himself as an entrepreneur and hopes to hold some kind of graphic design career one day, possibly his own printing company. Right now, he is just

working odd jobs that come to him through his website.

“People will come to the site and email me or call me about jobs,” he said.

The job Webster said he feels was his greatest success was his time spent working for Gildan, a leading supplier of T-shirts, jackets and socks to the screen printing market in the United States.

This past spring, Gildan sponsored the BeachBlast Spring Break 2011 in Panama City Beach, Fla., where they handed out 100,000 free t-shirts. Those shirts were designed by Webster.

“My friend’s dad is the vice president of Gildan,” Webster said.

After his connection talked with Gildan and landed him the designing job, Webster designed the BeachBlast shirts and received a free trip to Panama City Beach, Fla., to help hand out the shirts.

Currently, he is not working with Gildan on any projects, but he has been designing shirts for his fraternity and just got a job through his website last week.

Outside of graphic design Webster spends his time working out and with the WKU Restaurant and Catering Group as their marketing intern.

With all of Webster’s endeavors now on campus, he said he is accomplishing more than just finding the most unique places to lay stiff as a board.