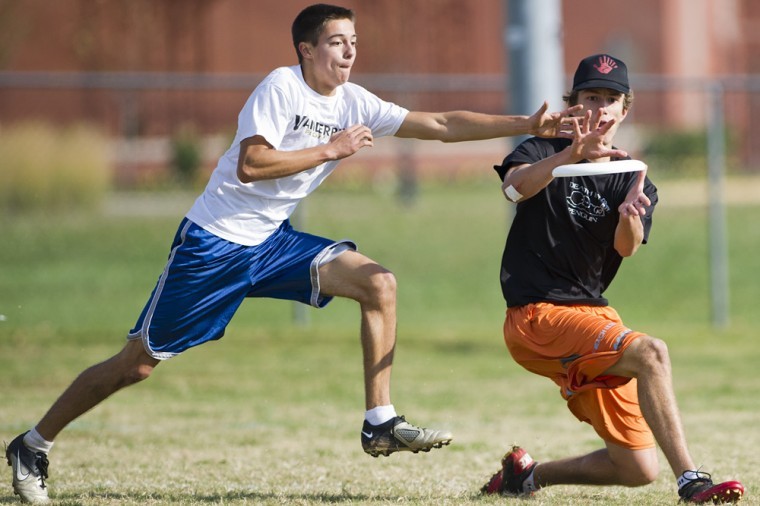 Hendersonville, Tenn., junior Richard Salmon was so tired by the end of the first day of last weekend’s ultimate Frisbee tournament that he didn’t have the energy to celebrate WKU’s game-winning score against Tennessee Tech.

He said after throwing the touchdown, he felt both of his legs cramp up.

“Normally with a high-intensity game like that I would have ran down there and jumped all over (the teammates),” he said. “But after that I just kind of went to the floor.”

Salmon and the rest of the WKU ultimate Frisbee team had just competed in the first day of an eight team, two-day tournament that was organized by Ultimate Frisbee Club president Ian Mack, one in which WKU ended up victorious.

Mack, a junior from Louisville, acknowledged that even though WKU won the tournament, getting the six other schools to participate was no easy task.

“I had spent my whole semester planning this tournament,” he said. “I had to email teams, I had to order Frisbees, I had to reserve the intramural fields, and when we won the tournament it was just a huge weight off my shoulders.”

The first day of ultimate Frisbee competition on Saturday was less tense, however, as the first set of games weren’t elimination games and would only be used to rank the teams one though eight.

Because teams would not be eliminated that day and competition would not be as intense, the teams decided to have some extra fun on the field that day. Salmon said they game turned to a “Halloween-themed” game.

One team took the field as Oompa Loompas complete with orange faces and green hair. Salmon and his teammate Taylor McMurtry, on the other hand, decided to pay homage to one of their favorite childhood cartoons with their costumes.

“You see a lot of crazy things and goofy costumes in ultimate Frisbee,” he said. “I actually showed up on Saturday and played the whole first game in a Scooby-Doo outfit.”

With each team being ranked after the first day of competition, the costumes came off and the intensity picked up.

WKU, having won all three of its games the first day was ranked first, and as a result, gave itself an easier match up against the 8th seed.

The championship game against Berea College, however, was a close contest that was decided on the last play of the game. With all the running involved in playing ultimate Frisbee, Mack acknowledged that by the time they played Berea, stamina had become an issue.

“We had a few dropped passes and some metal errors,” he said “But playing six games over a weekend was just really tiring.”

Despite the fact that WKU was at the tail end of a long weekend of games they Mack found a way to get open in the end zone and give WKU the win.

“After I caught the game-winning touchdown against Berea they all tackled me,” he said. Mack commented that WKU was able to stay focused as a team and that on field communication made the difference in their game against Berea.

In addition to ultimately coming away victorious in the eight team tournament, Mack said that the atmosphere that teams brought to the event made up for the fact that there were no fans in attendance.

“The people you meet are awesome,” he said. “It was a competitive atmosphere but the spirit of the game overrides everything.”