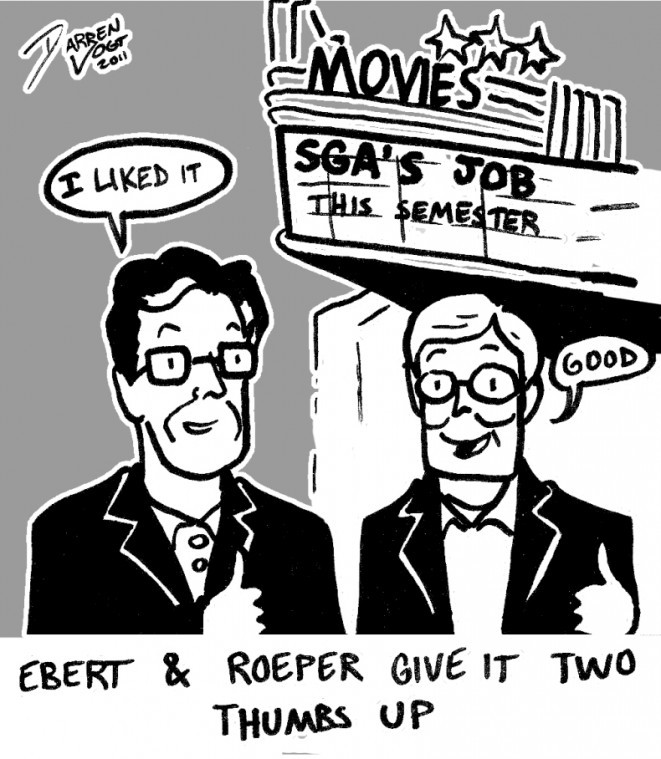 The Issue: WKU’s Student Government Association continues benefiting the WKU community this semester with its student-oriented agenda in hopes of getting students more involved. But what are students doing for SGA? Have they even noticed the efforts SGA has put forth to better student life?

Our Stance: Student involvement in SGA is crucial for bettering students’ lives on campus because after all, SGA exists so the voices of students can be heard. The Herald thinks that many students aren’t giving back to SGA by letting them know how they feel. More students should attend SGA meetings and contribute to the overall discussions of issues of campus life. Students shouldn’t complain about decisions SGA makes after the fact when they could have had a voice at meetings.

It’s only October, and SGA has given students entertainment opportunities and addressed hot topics such as a campus tobacco ban. SGA president Billy Stephens wanted to boost the organization’s public relations, and co-sponsoring the Cage the Elephant concert in September was a good start. The warm reaction from the community to the concert was evident not only in how many showed up but how much conversation it generated.

Do students even know that SGA helped put on the Cage the Elephant concert? To the Herald, it’s obvious that SGA is trying extremely hard to be more visible and let the students know they are their number one priority, but hopefully other students will soon notice that SGA deserves a huge pat on the back — maybe even two.

Also, what are two hot topics that always pop up semester after semester? Making freshmen and sophomores live on campus and a potential tobacco ban on campus. SGA has tied the two together in a hopeful compromise.

Recently SGA’s tobacco-free resolution passed at its Sept. 13 meeting when Kaylee Egerer, Speaker of the Senate, said the SGA supports the ban “if and only if” the two-year requirement to live on campus is eliminated.

How can students not applaud SGA’s efforts in this resolution? It is a huge compromise that would eliminate the mandated two-year campus living requirement — a requirement that many students have complained about year after year.

Obviously people have issues with a tobacco-free campus, but if students smoke, they wouldn’t be forced to live on campus. This furthers the point that SGA has a student-oriented agenda.

And who doesn’t like being tech savvy? SGA is helping students study, starting with lending out iPads for FREE. SGA President Billy Stephens said SGA is working with the Educational Resource Center in Gary Ransdell Hall to make this happen. How can students not thank SGA for funding the rentals of these popular and fun, yet resourceful study tools?

Even though SGA got off to a seemingly rocky start, postponing its first meeting, the organization has recovered from that rough start and deserves a thank you and more student input moving forward.