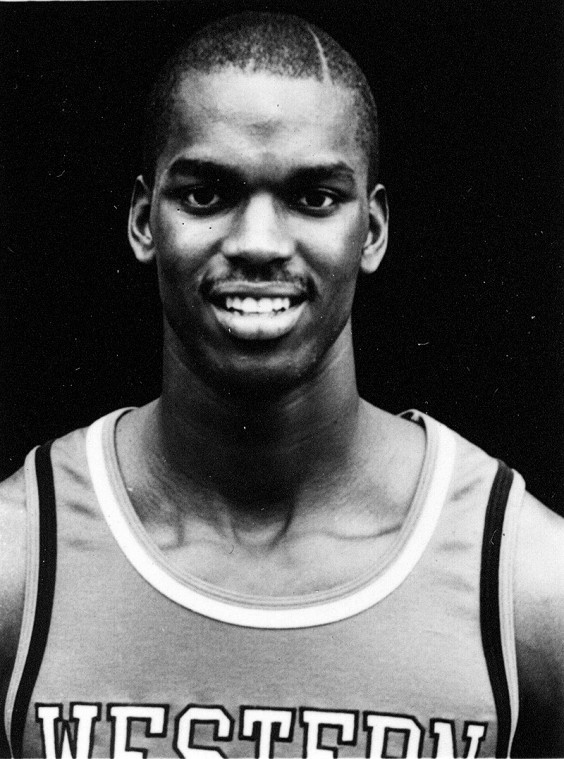 Kannard Johnson reached many milestones while playing at WKU from

Johnson is the only Topper in

His honors and achievements during

his tenure will be recognized at Homecoming this weekend with his

induction into the WKU Athletic Hall of Fame.

“means everything” to him.

“It means that the work that I did

there is very well appreciated,” Johnson said. “It’s probably the

However, Johnson said he expected

“I was highly recruited coming out

of high school,” Johnson said. “I was known as a scorer and as a

Johnson played to his potential,

setting the WKU record for games started. He remains third on that

Miller, who played with Johnson for three years, said Johnson’s

Haskins) walking me in to the gym and pointing to Kannard saying,

‘He got a lot of awards as a freshman,’” Miller said. “He said he

he’s right there working on his game still.

“It was a heck of a sight to see a

early in the summer.”

Johnson used those gifts and

athleticism to lead the Toppers in dunks all four years, including

However, probably the biggest moment

“That was a really, really special

moment,” Johnson said. “That play wasn’t even designed for me. For

special, most importantly because we advanced to the next

guard Brett McNeal said it was Johnson’s composure in atmospheres

“He always seemed poised and he

confident about his playing ability and what he was capable of

moment he met him.

“He knew that he could use the game

to better himself, and that’s what he did,” Deere said. “He took

the opportunity that was afforded him and made the best of