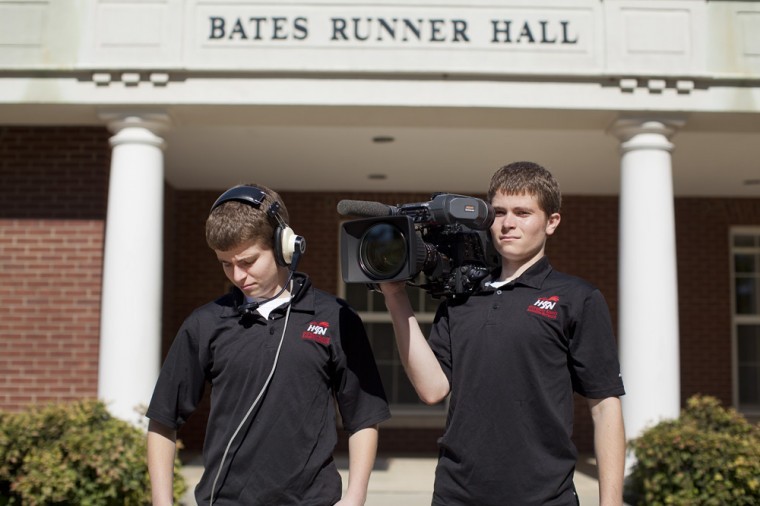 Caption Twins and broadcasting majors from Chatham, Ill. Scott Vennell and Ryan Vennell work together at WKYU-PBS as part of their student crew. 1000WORDS A strong connection binds Chatham, Ill. sophomore broadcasting students Scott and Ryan Vennell that set them apart from most roommates, colleagues, classmates or friends. As twins, they’ve lived and grown up together since birth, and still live together in their dorm room in Bates-Runner Hall. They’re unsure if they are identical of fraternal twins, Ryan said. Either way, their similarities are strong. Scott and Ryan both are interested in going into sports broadcasting after their college careers. The two are in their second semester working for WKYU-PBS as paid student crew members, both interested in shooting and editing video. During home WKU football games, Scott shoots video of the action on the field, while Ryan works in the production truck, watching as footage comes in, and communicates with him via headphones throughout the course of the game. “We do have our differences,” Ryan said. Ryan said that the he and his brother differ in some of their opinions. Like all roommates, they don’t always agree. “It’s probably normal for roommates, especially for us, to get mad every once in a while,” Scott said. Since some required classes are only offered once a semester, Scott and Ryan have had to take on similar schedules, including several classes together. But they maintain having their own personal identities. “I’ll sit on one side of the class, and he’ll sit on the other,” Scott said.