Technology vs. Horse wins RevFest’s Battle of the Bands 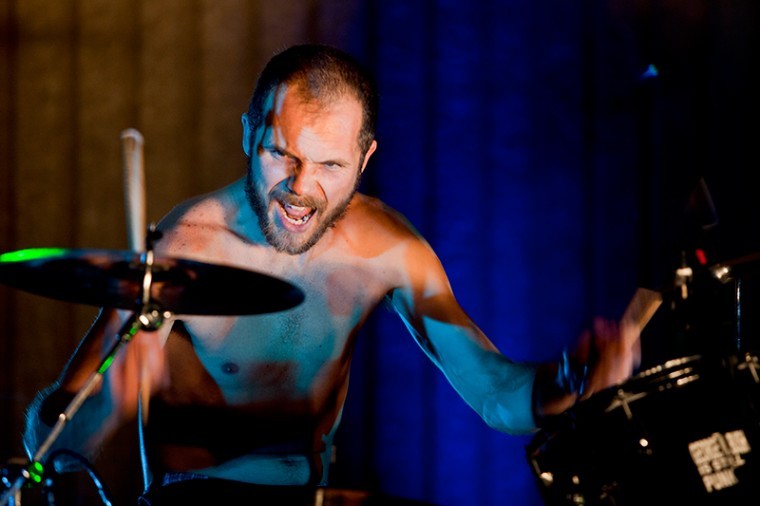 Technology vs. Horse was named the winner of Revfest: Battle of the Bands for the second straight year on Saturday.

Technology vs. Horse is the winner of the RevFest 2011: Battle of the Bands.

The annual event was sponsored on campus by Revolution 91.7 on Saturday evening.

TVH beat out nine other bands this year to win.

This is the second year in a row the band has won the competition, but Quality Assurance Director Nash Gumm said the band received no special treatment.  Gumm, a Greensburg sophomore, said Technology vs. Horse (TVH) had to reapply just like the other bands.

Judge Patrick Goble, a music instructor at The Guitar Academy, said he and the other judges were particularly tough on TVH.

“We hated to give it to them a second time in a row, but they deserved it, they earned it, and the fans wanted them to have it,” Goble said.

“A lot of it is that you’ve got to give the fans what they want,” he said. “They’ve got one of the strongest fan bases around. They are a fantastic band and they know how to put on a good show.”

Matt Bitner, bassist for TVH, said while he felt confident coming in, there was some good competition.

TVH will receive a $250 prize and will open for the headliner at Revolution’s spring event. They will also be the Revolution Artist of the Week.  Bitner said TVH used last year’s prize to record a 5-track EP with Greyskull Recording’s Rory Willis, which the band is preparing to release.

Goble said the decision to award TVH first place was so tough that he pushed for a second place prize to be created, a gig a Tidball’s.  Buffalo Rodeo won second place with Televermin earning honorable mentions.

This is the second year RevFest has featured a battle of the bands. Gumm said it was previously just a music festival.

“It goes on a year-by-year basis,” Gumm said. “It seems to be working really well, so we probably will continue it in the future.”