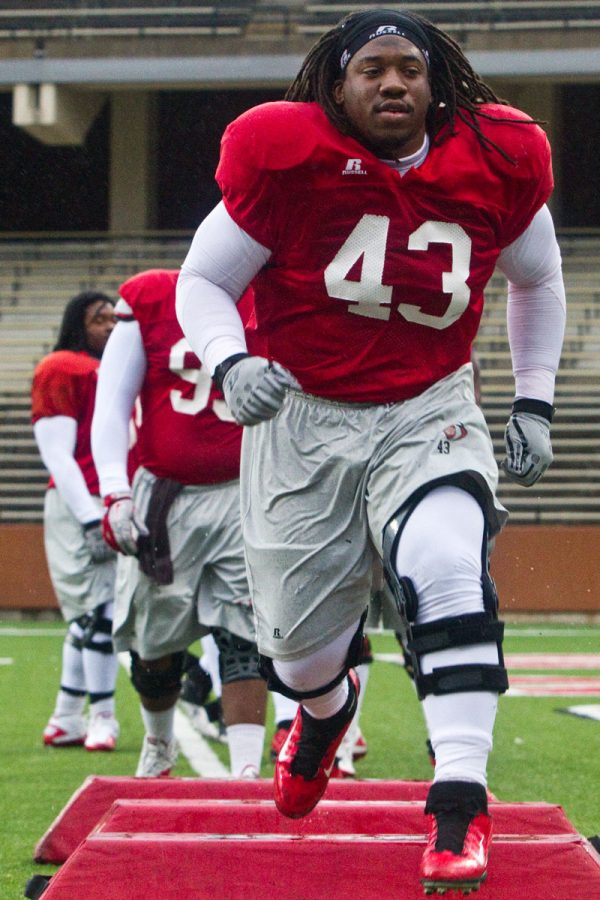 A little veteran influence has turned around the WKU defensive line.

The Toppers’ front four struggled in 2009 and 2010, as WKU recorded just 22 sacks in those two years and ranked near the bottom of the Sun Belt Conference in run defense.

But this season, the defensive line has been one of the team’s best position groups, giving up just 85 rushing yards per conference game while helping WKU collect 14 sacks in six games.

Junior defensive tackle Jamarcus Allen said the front four’s success this season has been because of the collective growth of a veteran group of players.

“We’ve all just matured, growing in the defense and getting a feel for each other,” Allen said. “We understand that up front is where it all starts.”

Clendenin, Allen and Martin had all been starters in the past, while Adebayo saw regular playing time in 2009 and 2010.

With all the unit’s starters being upperclassmen, defensive coordinator Lance Guidry said he expected the line to perform well.

Smith, who is used most often as a third-down pass-rush specialist, has collected five tackles for loss and 2.5 sacks.

“It just adds to the defense,” Adebayo said. “It makes the game a lot better having someone come in there and play at the same level.”

Meanwhile Lewis played one of his best games of the season last week against Florida Atlantic, collecting three tackles and plugging up the Owls offensive line.

Clendenin said the play of Lewis, Allen and Martin in the middle has had a direct impact on WKU winning its last two games.

“You can tell how effective good defensive tackle play is by our victories,” Clendenin said. “They played their best two games these last two games, and we got two wins.”

Those two wins match the two total wins this group of defensive linemen had been a part of in the two-plus seasons since most of them started playing in 2009.

“We’re playing for each other,” Clendenin said. “And once we got that concept dow,n it seems like it’s been easier to play well each game.”