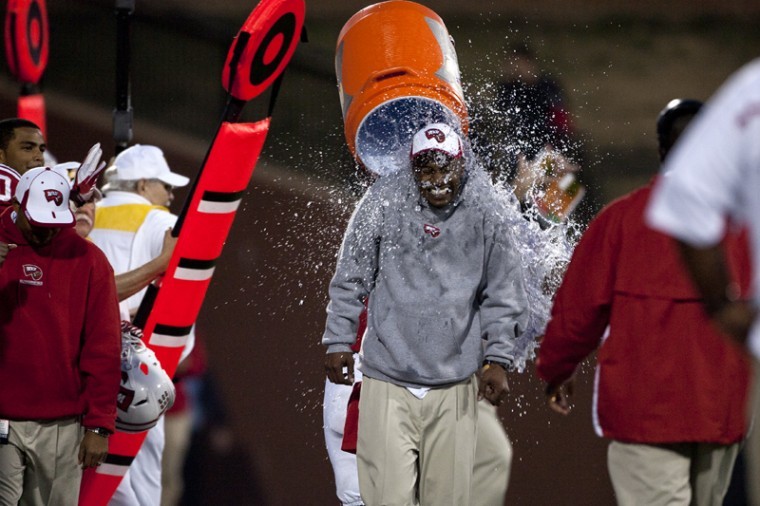 WKU Head Coach Willie Taggart gets doused in Gatorade following WKU’s first home football victory since 2008 with a 42-23 win on Homecoming over Louisiana-Lafayette. Taggart eventually guided the Toppers to a 7-5 regular season record and was rewarded on Wednesday with a new four-year contract worth $475,000 per year.