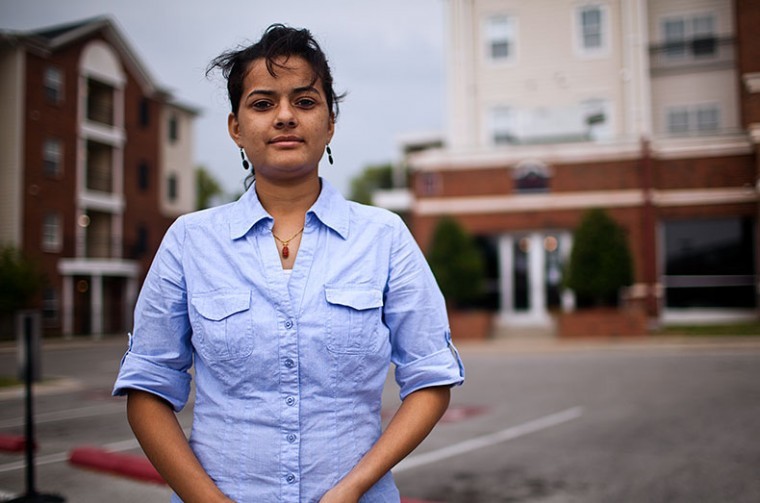 When Ranjana Roka chose which graduate school she wanted to attend, WKU was among the top candidates due to affordable tuition prices.

Roka, a public health graduate student from Nepal, decided on WKU due to the flat international graduate tuition rate that allowed her to take up to 15 credit hours per semester.

Now, that has changed.

After a tuition increase was approved for all WKU students by the Board of Regents in June, international graduate students discovered their tuition would now be $962 per credit hour. Before, the international graduate tuition rate was a flat rate of $9,550 per semester. This makes a 15-hour course load now cost $14,430 per semester — an increase of $4,880 for students who take the maximum.

“As international students, when we search for schools we just see the amount — how much we need to pay,” Roka said. “Based on that, we select the university. Otherwise we have lots of other universities we can choose.”

Roka, among other international graduate students, said she was surprised to find out about the tuition increase, which prompted many to cut the number of credit hours they planned to take.

Pallavi Singh, a graduate student from India studying exercise science, said the tuition increase left her with many questions about how she will cover the unexpected expenses.

Singh, like most other international students, is not a permanent U.S. resident and therefore does not qualify to receive any federal funding, such as Stafford Loans.

Singh said if she doesn’t find a way to cover the difference within the next few days, she and her family will be forced to take out additional loans in India.

Other international graduate students, such as Kamal Humagain from Nepal, who currently works as a graduate assistant in the geography department, said he was uncertain of how he was going to pay for outstanding tuition costs this semester. To Humagain’s relief, the geography department and the Ogden College of Science and Engineering were able to come up with some money to cover his balance.

Humagain said he didn’t expect a tuition change this semester, especially since it’s now based on the exact number of credit hours taken.

David Keeling, the head of the geography and geology department, said graduate students took full-time loads in previous years at the flat rate, but the recent change left many uncertain of how to manage the number of hours they will be able to take.

“When we do our assistantships, we plan on a flat rate like in prior years,” he said. “A lot of it was just poor communications on the institutional level.

“My suggestion would be if you’re on a graduate assistantship, you should have a flat tuition waiver of no matter how many hours you want,” Keeling said.

Humagain, like most international graduate students who meet the requirements, which are based on merit, need and institutional priorities, graduate admissions test scores, receive assistance from the university.

The international student scholarship covers an average of 40 to 50 percent of graduate students’ tuition and fees each semester.

Crissy Priddy, assistant director of graduate admissions, said once the scholarship is awarded to students, it usually reduces their tuition costs to a similar amount that out-of-state graduate students pay at WKU.

Singh, who applied for graduate studies at WKU last fall, said that when she received her I-20 — a form from the U.S. Department of Homeland Security that provides information for the issuing student visas for international students — from WKU in the spring, she mistook it for a direct billing statement which listed what she’d have to pay for the upcoming academic year.

“We were hoping to take as many credit hours as we could for the (flat) rate,” she said. “But that has changed to $962 per credit hour, and it’s been very difficult for us.”

The I-20 statements that are sent out by WKU to international graduate student applicants are rounded on a nine-hour basis per semester, which is the minimum amount of hours graduate level students are required to take, Priddy said. The statement is just an estimate statement of what the students will pay.

Dr. Kinchel Doerner, interim dean of graduate admissions, said that financially speaking, the tuition rates that WKU offers for international graduate students are very competitive in comparison with other universities.

Doerner said based on the programs that WKU offers, he would welcome going head-to-head with other universities regarding tuition rates.

Priddy said there was not an official notification sent out to students — international or domestic — about the tuition increase.