D is for Dubstep: Music makes impact on WKU students 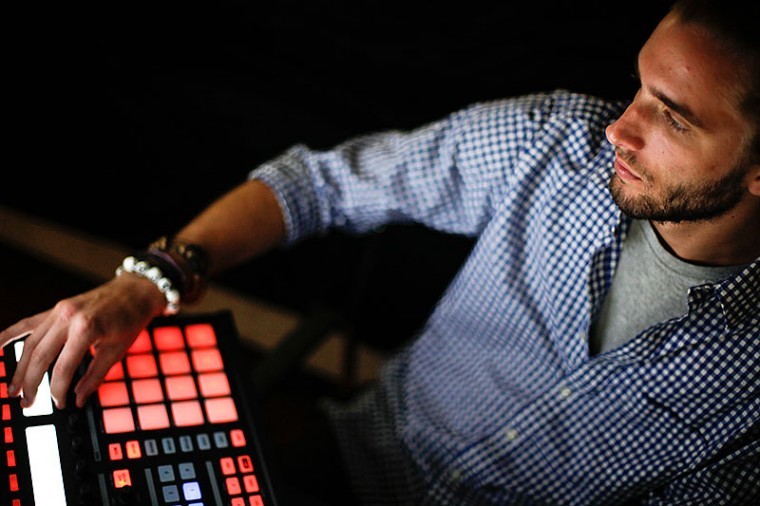 Bowling Green senior Derek Sabiston creates dubstep music mixes in his house. Sabiston has been making music as a hobby for more than a year now. He got started due to his “vast interest in music and the versatility of electronic music.” Sabiston is currently working on mixing a variety of songs from the artist Tupac.

Bowling Green senior Derek Sabiston has been familiar with dubstep since he first listened to the electronic dance music in 2008.

Dubstep originated from the underground scene in England and is gaining mainstream momentum in the United States.

Since learning about the genre, Sabiston now creates his own dubstep beats and mashups. He said that it all started just for fun and he likes creating mashups, a composition of two or more pre-recorded songs blended together.

“People always want something that they know and that they can grab on to – something familiar to them,” Sabiston said. “If they don’t necessarily know the dubstep song, they will still know the hook to the pop song and that gives people energy.”

Sabiston has taken his dubstep pieces to the Internet. His mashup of Willow Smith’s “Whip My Hair” and Bassnectar’s “Here We Go” has nearly 500,000 views on YouTube.

The senior uses a loop-based music software called Ableton Live to make his beats. After creating his mixes, Sabiston shares these clips online with the community by word of mouth and social media.

“Word of mouth is the biggest wildfire when it comes to spreading news about music,” Sabiston said.

Sabiston said dubstep is no longer just for the underground community, and it isn’t heard at just house parties any more. Dubstep has crept into mainstream America and the heart of pop culture.

This style of music, which typically involves a structural pattern of an intro, a main section with a highly anticipated bass drop, a midsection, a second section with a bass drop and an outro or conclusion, has influenced some of the biggest pop culture artists and songs in the 21st century.

Britney Spears’ newest No. 1 single “Hold It Against Me” incorporates dubstep.

Seven of 12 songs on Spears’ newest album Femme Fatale are produced by the duo.

As dubstep continues to grow, the underground scene will continue to change.

Bassnectar, one of the most well-known dubstep artists, is touring across the nation, selling out amphitheaters and rock halls.

National music festivals that have primarily hosted bands, now include more of the electronic dance music scene. Bassnectar has played at the Bonaroo Music and Art Festival for the past two years in Manchester, Tenn.

Glasgow freshman Jill Puckett went to Bonaroo in June and saw Bassnectar perform. She said the performance was incredible and the crowd was overwhelming.

The show encompasses more than just music, Puckett said. Dancing, lights and glowsticks are all a part of the experience.

“Everyone is unified in one movement to the same beat,” Puckett said.

Elizabethtown senior Brandon Petty listened to a DJ play Bassnectar at a local party and described it as a captivating connection between him and the beat.

“I just closed my eyes and felt free to vibe the music,” Petty said.