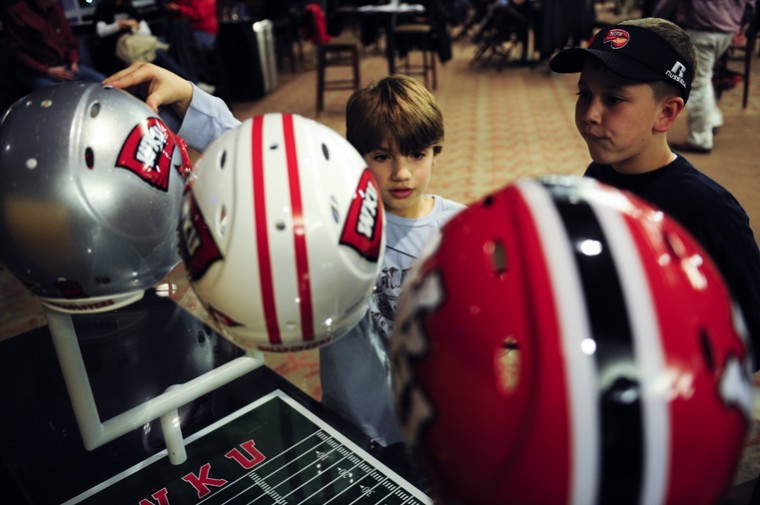 Ten-year-old Clayton Bush of Bowling Green, left, admires the new white football helmet amongst WKU's past two helmets with friend Mason Graves, 10, of Bowling Green during the National Signing Day party held in the Topper Club in February. New uniforms will be unveiled on Friday.

WKU will hold a press conference in the Topper Club at Smith Stadium at 11 a.m. Friday to reveal its new uniforms for this season.

The jerseys will accompany the white helmets that were unveiled last spring.

Athletics Director Ross Bjork tweeted on Thursday that the press conference is open to the public.

Head Coach Taggart said last spring that the uniforms would have a more “professional” look to them.

A new four-year contract extention with Russell Athletic will be announced at the press conference on Friday as well.