WKU’s Ransdell, Bjork want nothing short of a win against UK 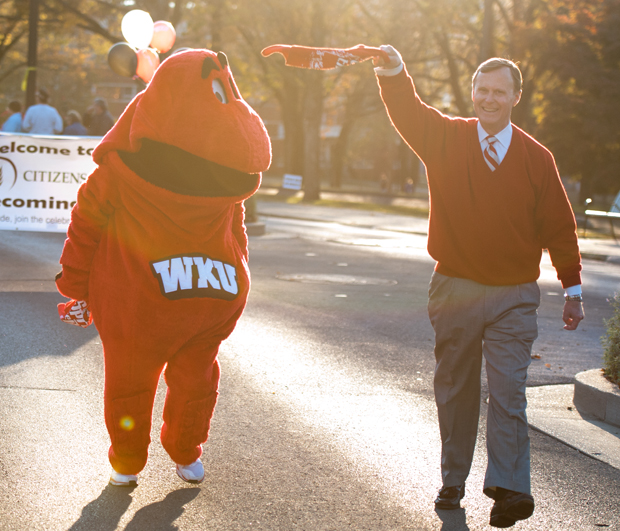 Money is important in college athletics — all sports

he’s willing to put all that in the backseat in place of a win.

“To achieve a strong financial return would be a

measure of success,” Ransdell said. “But the measure of

success would be winning the game itself.”

It would be the caliber win that WKU has never had

since its move to the Football Bowl Subdivision in 2009.

Matching the ticket sales mark of 35,000 would be a

goal as well, although that seems unlikely given the slow ticket

sales to this point.

As an attempt to counter what empty seats would still

remain from the tickets that weren’t sold, WKU on Wednesday

their WKU student ID. Previously just the first 4,000 were going to

be allowed in for free, with the 4,001st person and on forced to

to a ballgame and have some fun.

“I want to turn that Titans stadium absolutely red on

But win or lose, WKU will still reap plenty of

benefits from the game.

The Toppers have the advantage of playing on national

television while no other college football game is going on. And

despite not playing the game at Smith Stadium, they’ll be able to

brand the game as if it were.

50-yard-line at L.P. Field will indeed be painted with the WKU

logo, and WKU graphics will be prominently displayed around the

WKU also will be able to run its own promotions

While all that is good, Bjork said the same thing as

Ransdell — a win would upstage all of it.

“I think if you look at our program, that’s what

games consistently,” Bjork said. “Winning the game will do more