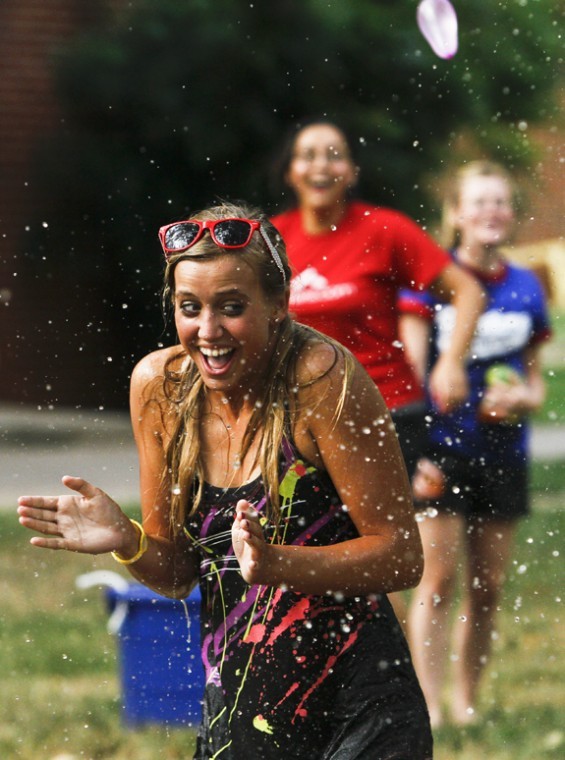 Nashville freshman Alicia Brooks, an 18-year-old dance major, is pelted by water balloons Thursday afternoon at a water balloon fight in the Valley put on by the Resident Hall Association in The Valley.

As move-in began for upperclassmen and M.A.S.T.E.R Plan winded down Thursday afternoon, a crowd of students readied itself around tubs of water balloons placed throughout the Valley.

The signal went off, and the balloons started flying in “The World’s Largest Water Balloon Fight” — not that anyone was really counting how many participated.

By the end of the fight, the Valley was covered with pieces of multi-colored rubber from the balloons.

“Just in case we miss any,” Gilmore said.

Gilmore and RHA president Darren Tinker were both happy with the turnout for the new event.

“This will definitely be a tradition,” said Tinker, a Bowling Green sophomore.