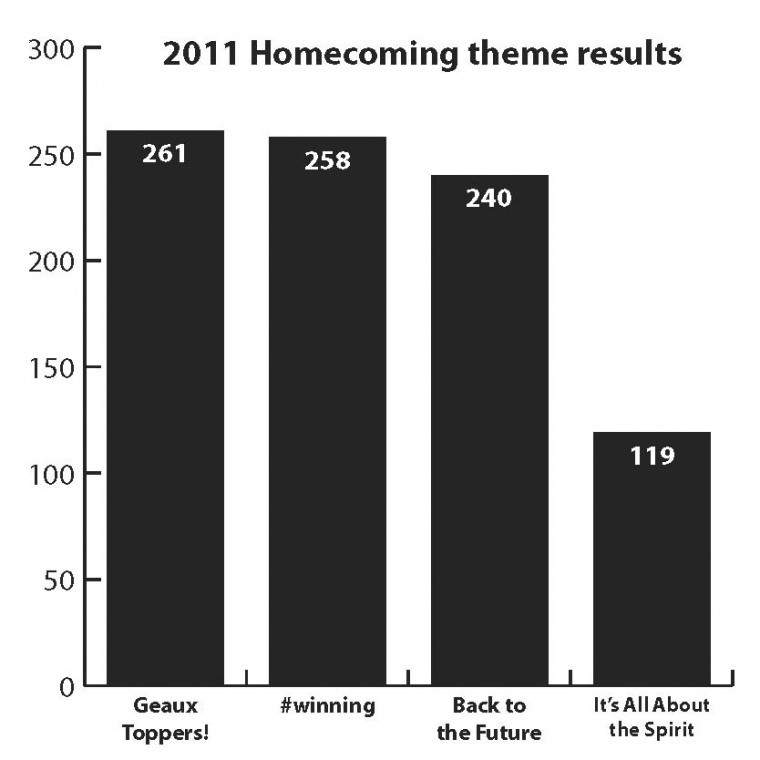 Homecoming 2011 will have a Mardi Gras feel to it.

This year’s theme is “Geaux Toppers!” based around the football game against the Ragin’ Cajuns of Louisiana-Lafayette, said Ginny Hensley, director of alumni programming for the Alumni Association.

The theme was selected after the Alumni Association ran a poll on its website earlier this month. “Geaux Toppers!” narrowly beat out “#winning” by 3 votes. A total of 878 voted in the poll.

Homecoming is the week of Oct. 17 and culminates with the Toppers’ game against Louisiana-Lafayette on Oct. 22. Kickoff has yet to be determined.

Hensley said specific plans for Homecoming activities are still being made, but the planning committee is looking for tasteful but good fun.

She said another idea includes a cajun cook-off.

This is the third year the Alumni association allowed the WKU community to choose the theme by voting online, Hensley said.

The Homecoming Committee, consisting of students, faculty and staff, brainstorms several ideas. They send the best four or five themes to President Gary Ransdell for approval before opening it up to a vote.