‘Bachelor in Paradise’ Returns! Find Out the Season 7 Premiere Date 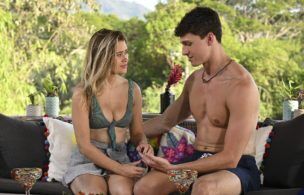 ‘Bachelor in Paradise’ Returns! Find Out the Season 7 Premiere Date

ABC is escaping to paradise once more. The network has finally announced a Season 7 premiere date for Bachelor in Paradise. After a two-year hiatus, the spinoff series is set to return Monday, August 16—not long after The Bachelorette launches its milestone 25th season on the network.

Bachelor in Paradise follows breakout fan favorites from the Bachelor franchise as they continue their search for love. Back and ready for a second or even third shot at finding happiness with a romantic partner, these participants aren’t new to this sun-soaked rodeo.

See AlsoEvery ‘Bachelorette’ Season, Ranked: Which Is the Most Dramatic So Far?
Where does Clare Crawley and Tayshia Adams’ double season fall?

While these men and women may have departed their respective seasons as heartbroken individuals, they’re willing to take another chance, traveling to an idyllic paradise in hopes of turning a possible summer fling into something real and substantial. It can happen: Bachelor in Paradise alums Jade Roper and Tanner Tolbert are married with three children.

Following the most recent season of The Bachelor and the controversy surrounding host Chris Harrison‘s initial support for Rachael Kirkconnell—a contestant who was caught attending an Antebellum-themed party in old photographs—it’s unclear if he’ll serve as Season 7 host. Harrison previously stepped away from his remaining duties on The Bachelor and announced he wouldn’t be hosting The Bachelorette‘s 25th season. So, stay tuned for further details as the Bachelor in Paradise premiere approaches.