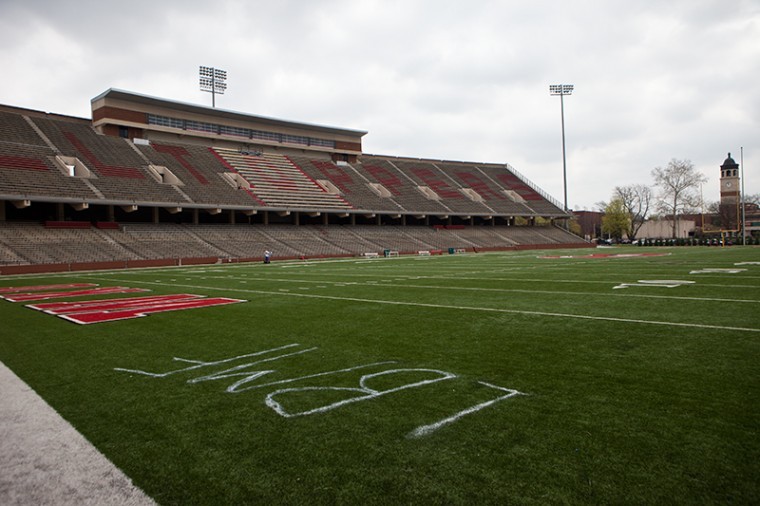 Campus police are looking into a tag on WKU's Feix Field, which officials assume was vandalized sometime Thursday night.

WKU police on Friday are looking into an act of vandalism at Houchens-Smith Stadium.

The letters “LBMF” were drawn in white lettering on the scoreboard end of Feix Field, which is a synthetic, permanent surface.

Glowacki said WKU hasn’t been able to pinpoint an exact timeframe for when the vandalism occurred, although the assumption is that it was done Thursday night.

A spokesperson for campus police said a report on the tag is in the works. The report wasn’t finished as of Friday afternoon.

Gates were installed before the 2010 season outside the old side of Houchens-Smith Stadium, which was previously unsecured at all times.

Glowacki said the gates are now locked at night to prevent people from entering the stadium after hours.

He also said WKU will begin working with its turf management company to have the lettering removed, and the department won’t know how long that process will take until it’s under way.

The Toppers will continue their spring practices later today, when Head Coach Willie Taggart will be made available to the media.