New participants in Greek Week add to its success 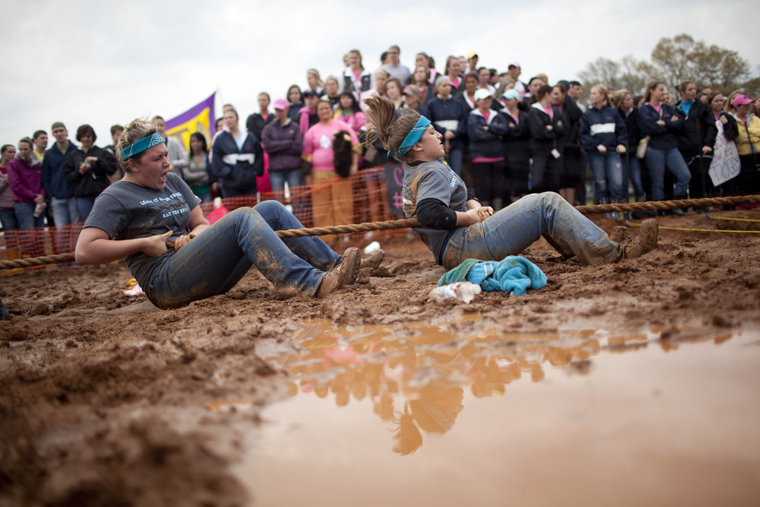 Greek Week came to an end at Sunday’s convocation, with a celebration of the week of philanthropy and competition among Greek organizations.

Charley Pride, director of Student Activities and Organizations, said this year’s Greek Week was successful and is a testament to the students’ hard work.

“This is basically student-led, and it’s been a great experience for them,” he said.

For the first time in many years, two organizations from the historically black National Pan-Hellenic Council participated, Pride said.

Pride said he hopes other NPHC organizations will want to get involved after seeing how much fun the AKAs and the Alphas had during the week.

“I hope that they will be encouraged to do it, because it’s fun and exciting,” he said. “We like it when all our groups participate.”

Hunter Williams, coordinator of Student Activities, said that having participants from NPHC, Interfraternity Council and the Panhellenic Association is good for everyone involved because it brings them all closer together.

“By Alpha Kappa Alpha and Alpha Phi Alpha getting involved with Greek Week, it truly embraces that we are in this together,” she said. “It further unifies all the groups.”

A total of 1,563 units of blood were collected in the Greek Week blood drive, which exceeded their goal of 1,400 units and is the most they’ve ever raised.

More than $6,000 was raised on Philanthropy Day at Saturday’s tailgating for the spring football game. The money will go to Hotel Inc., a local charity that provides assistance to people living in poverty.

Kappa Delta sorority and FarmHouse fraternity were the overall winners of Greek Week. Both of them won last year as well.

Phi Mu won the final award of the night, the Karen Towell Sisterhood Award, which is given to the sorority that’s been the most unified and involved throughout the year.

Phi Mu President Sara Sotelo said that before the award was announced, all the members were holding hands in anxiety.

“It feels amazing,” she said with tears in her eyes. “Competition is fun, but having something to show for your sisterhood is great.”