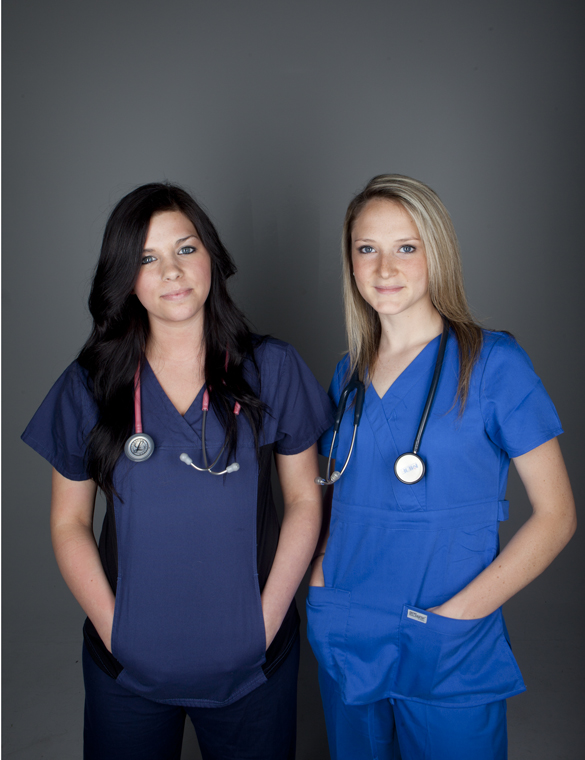 Louisville junior Mary Williamson and Hartford senior Natosha Mulholland have been accepted to a prestigious veterinary school in London. Although the two women did not know each other well while students at WKU, they are planning to live together in London.

Hartford senior Natosha Mulholland was certain about three things when she started thinking about her future after college. She loved animals, loved to travel and loved adventure.

“I was that kid that constantly brought home pets,” she said.

Neither of them was sure that they would get accepted into a college thousands of miles away from home, but both will attend the Royal Veterinary College at the University of London.

Mulholland, majoring in biology with a concentration in veterinary medicine, always knew she would have to continue her education after her undergraduate work.

She started by applying for a Fulbright scholarship and to several out-of-state colleges.

After she expressed interest in traveling overseas, her adviser, Steve Huskey, suggested that she apply to RVC in October.

“I applied, but didn’t really expect to get accepted,” Mulholland said.

Although she didn’t get the Fulbright, she found out in November that she got into RVC.

“RVC is one of many highly respected veterinary programs around the world,” said Huskey, an associate biology professor. “It only made sense for her to apply.”

Williamson heard of RVC after talking to her adviser about international schools.

She learned that the application process was stressful.

“I freaked out because the deadline had passed,” Williamson said. “But my adviser told me they were accepting late applications.”

After having to get her transcript mailed twice and an hour-long phone interview, Williamson got her acceptance packet in the mail earlier this month.

Although she won’t graduate from WKU, she will be licensed to practice in the UK, Australia and New Zealand after she completes the five-year program.

Mulholland, who works at the By-Pass Animal Clinic, will be in the four-year program, because she will already have an undergraduate degree.

“All the seniors have had a year to say their goodbyes, but I literally just found out and will have weeks to say mine,” Williamson said.

She said it’s more about the licensure and the experience she will have when she leaves London.

The RVC requires students to be involved in research and extramural studies, unlike many domestic schools.

Students get to work with sheep, cattle and other animals in different parts of the world for extramural studies.

Huskey said the opportunities will be greater because of the hands-on experience.

Mulholland and Williamson will start their overseas studies in September and will live together in Camden, a district in northern London.

“Knowing someone familiar from home was a sigh of relief,” Mulholland said.

Although she loves to travel, she said she is nervous about being away from home.

“I have a very tight-knit family,” she said. “I know my family is there for me no matter what.”

She plans to visit for Christmas and some of the summer.

“Even though I haven’t been anywhere, I know I’ll have been tons of places when I leave there,” she said.

Her biggest concern is how to get her belongings there.

The Facebook group she joined with other U.S. students has helped answer some of her questions about living expenses and cell phone plans, she said.

“I’m really not nervous since Natosha is going and we’re going to live together,” Williamson said. “It’s comforting knowing she’ll be there with me.”