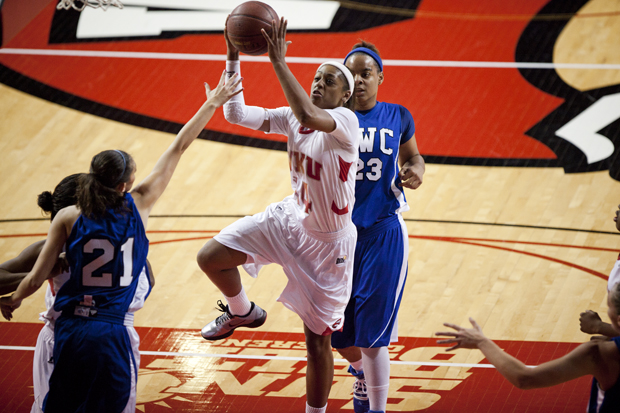 Cowles said it was a personal decision by Howard and something that had been talked about throughout the course of the season.

“She has made the decision to not play basketball,” Cowles said. “Janae and I have had earlier conversations in the season and in the fall about this. This is a decision that Janae has come up with and a decision that we have agreed upon.

“She basically has concluded that she doesn’t want to play anymore.”

Howard’s departure leaves a big hole for the Lady Toppers.

The Owensboro native and Louisville transfer leaves the team as the leader in several statistical categories. She was the team’s leading scorer, averaging 12 points per game. She was also the leading 3-point shooter with a 35.7 percentage and led the team in blocks with 21.

Howard played in 23 of the Lady Toppers’ 24 games this season and started 11 of them, averaging 26 minutes per game.

Cowles said she’s not sure how WKU will fill in for Howard in the Lady Toppers’ remaining four games.

“What it does is present an opportunity for somebody,” she said. “For a basketball team, especially with four games left in the regular season and the conference tournament ahead of us, what you do now is hold each other’s hands that much tighter, and you put your arms around each other that much tighter. You stick together.”

Cowles said Howard wasn’t planning to transfer to another school to play basketball, and said she wasn’t sure whether or not Howard would remain a WKU student.

“I hope that her thoughts are obviously to continue with school,” Cowles said. “This is her decision, and ultimately what’s important is that she’s happy.”