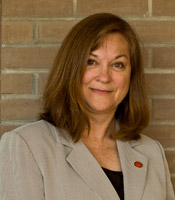 Beth Laves, who has served as interim DELO vice president since Oct. 1, has accepted an offer to become the new permanent vice president.

WKU has chosen to promote from within in hiring a new associate vice president for the Division of Extended Learning and Outreach.

Beth Laves, former assistant to the dean of DELO and then interim DELO vice president, has accepted an offer to become the new permanent vice president, according to an e-mail on Tuesday from Provost Gordon Emslie to WKU staff.

Laves has worked in the DELO, which is an academic outreach arm of WKU that works to provide programs and services not on campus, since the division began.

“Given the rapidly evolving way in which information is disseminated in today’s society, and the concomitantly changing expectations of our students, I envision an increasing role for DELO as we strive to provide an appropriate level of integration of extended learning and outreach into the overall higher education experience at WKU,” Emslie said in the e-mail.

Laves was a finalist for the spot along with Dennis “Skip” Parks, assistant vice president for Community and University Engagement at California Polytechnic State University, and Mark Brinkley, executive director of Academic Outreach and Continuing Education at Mississippi State University.

Before beginning as interim vice president, Laves told the Herald last September she was “excited” to hold the new position.

“It is a great opportunity to make greater strides in what we’re doing,” Laves said. “I am excited to be a part of this division and move forward.”

WKU hosted open forums during December, the last of which was Dec. 17. At Parks’ forum, search committee member LaDonna Hunton told the Herald that the job title changed from dean of DELO to DELO vice president because it’s a “new, higher position.”

The three finalists were chosen out of a pool of more than 30 applicants, said Hunton, also manager of Academic Resources.