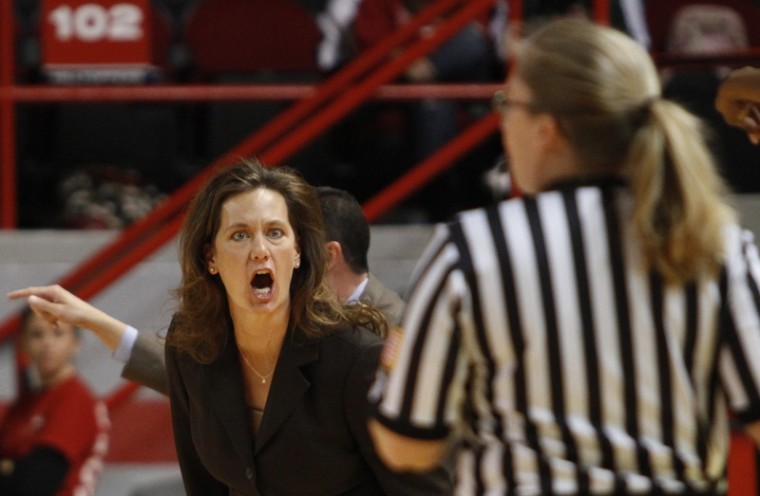 Head Coach Mary Taylor Cowles' WKU team is off to the program's worst start in 30 years, but the Lady Toppers are 3-2 in the Sun Belt. They look to improve that mark when they host FAU at 2 p.m. Sunday.

The Lady Toppers (6-11), off to their worst start in 30 years, host Florida Atlantic at 2 p.m. Sunday in Diddle Arena. Follow beat writer Cole Claybourn for updates throughout the game.

Four players were in double figures for WKU. Look for more at wkuherald.com later.

This is the largest lead the Lady Tops have had all season. LaTeira Owens and Arnika Brown both have double-doubles.

The Lady Tops continue to sustain their lead. They now have four players in double figures and have increased their shooting percentage to 37.7 percent. They’ve forced FAU in to 14 turnovers and have only turned it over eight times as a team.

Lady Tops have outscored FAU 12-5 this half. Lady Tops with 20 points off turnovers to FAU’s six. They’re also out-rebounding FAU 35-22.

Teranie Thomas scored with 16:39 left, but fell immediately to the ground favoring her left ankle. She limped off the court and in to the locker room.

The Lady Tops equaled their largest lead of the season when they were up 30-11. They’re still only shooting 29.7 percent from the field but have forced 10 turnovers.

Both teams struggled during the last three-minute stretch. Not much scoring or offensive flow.

WKU has increased the defensive pressure. They’ve forced seven turnovers and have gotten in to transition a lot. They have 12 points off turnovers so far.

Lady Tops go on a 10-2 run since the last timeout led by two straight 3-pointers from Janae Howard. FAU was held scoreless for more than six minutes.

Both teams shooting poorly so far. WKU is 2-9 from the field and FAU is 2-8. Lady Tops are out-rebounded 8-6 early on.