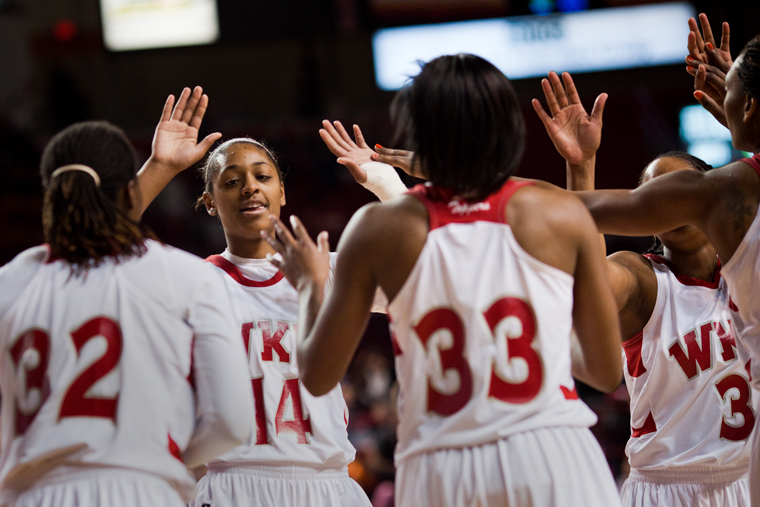 It’s been an up-and-down season for sophomore forward Janae Howard.

Since transferring from Louisville after her freshman year, she’s had her share of both success and struggle. She’s also been sidelined for a period of time this season, battling calf and shin injuries.

But through the Lady Toppers’ latest two-game winning streak, Howard’s been a mark of consistency.

She came off the bench to score 16 points and grab five rebounds against Florida Atlantic on Jan. 16 and was rewarded with a start against Troy on Saturday.

It was Howard’s first start since the Central Florida game on Nov. 27, and she made the most of it — exploding for 30 points and five rebounds. She also finished 7-for-11 from 3-point range.

“We’ve seen enough to know that Janae Howard is a very talented basketball player,” Cowles said. “She had a hot hand (on Saturday), and her teammates continued to find her.

“When players get in a zone like that — and we’ve all seen players do that — it’s fun to sit back and watch.”

Cowles suggested Howard’s play on Saturday could likely land her a spot back in the starting lineup.

But Howard said it doesn’t matter to her whether she starts or comes off the bench.

“I like coming off the bench,” she said. “She (Cowles) told me I was starting when I walked in the locker room, and I was just kind of like, ‘What?’ But I just had to get myself mentally prepared for it and do what I had to do.”

Despite Saturday being a career night for Howard, Cowles joked that it’s not the most impressive performance she’s seen in her time as coach.

That didn’t matter to Howard, though.

She said she was happier that her performance led to a win.

“It was exciting,” she said. “It felt really good. I was just hoping with that lead we had at the beginning of the game that we could carry it over and put our foot down and drag teams like we know we can.”

It also opens up more offensive options for the Lady Toppers.

Senior forward Arnika Brown said when Howard — or anyone else for that matter — is hitting from outside, it confuses the defense on whether they’ll go inside or keep shooting.

“Our team understands when Coach Cowles puts the emphasis on inside-out,” Brown said. “When we go dominant inside, teams are going to react to that.  Then we kick it back out, which is why Janae hit seven 3’s (on Saturday).”

Howard said that if the post and perimeter players continue to complement each other like they have the past two games, they’ll be hard to stop.