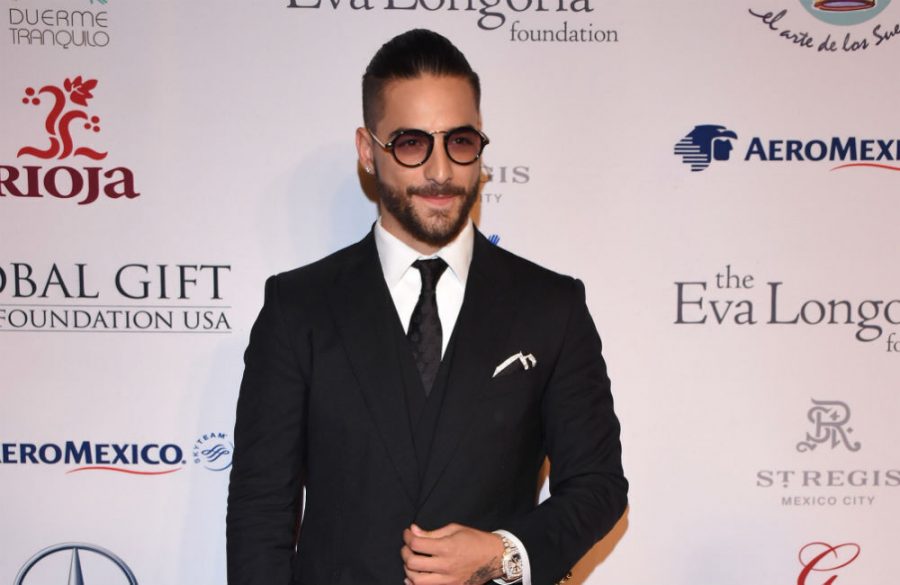 Maluma has joined forces with Balmain on a new limited-edition collection.

The Latin megastar has collaborated with the French fashion house – which is popular with the Kardashians – on the ‘Miami Vice’-inspired line.

According to WWD, the clothing and sneakers marry Maluma’s “love of color” and “optimistic” style with Balmain head designer Olivier Rousteing’s “passion for music”.

The latter told the outlet: “For me, fashion could never exist without music. So he was just the perfect match.”

Maluma’s album, ‘Papi Juancho’, also inspired the “edgy” pieces and the ’11 PM’ hitmaker has explained how Olivier pushed him outside of his comfort zone by getting him to help design the line.

On collaborating with Olivier, the 27-year-old singer-songwriter said: “Working with Olivier and the entire Balmain team was an amazing creative journey for me.

“It’s been one of my goals to work with a respected fashion house on a collection, but this journey was more exciting as Olivier pushed me to design with him, and that process was like making music — connecting the dots to create an energy for the fans. The colors and styles of this collaboration were influenced by my fifth album ‘Papi Juancho’, which had an edgy style influenced by the ‘Miami Vice’ vibe. Colors and comfort when I made this album during the pandemic was extremely important to me because I couldn’t be on tor at the time to perform my songs, but I wanted colors to give them great energy.”

After teaming up with Maluma, Olivier is keen to do more collaborations for Balmain.

“So I think it’s really important because music has such an incredible reach demographically, of crowd and strong community, that this is the key of the success of many fashion houses to bring the name to different generations and not just being close to Avenue Montaigne.”