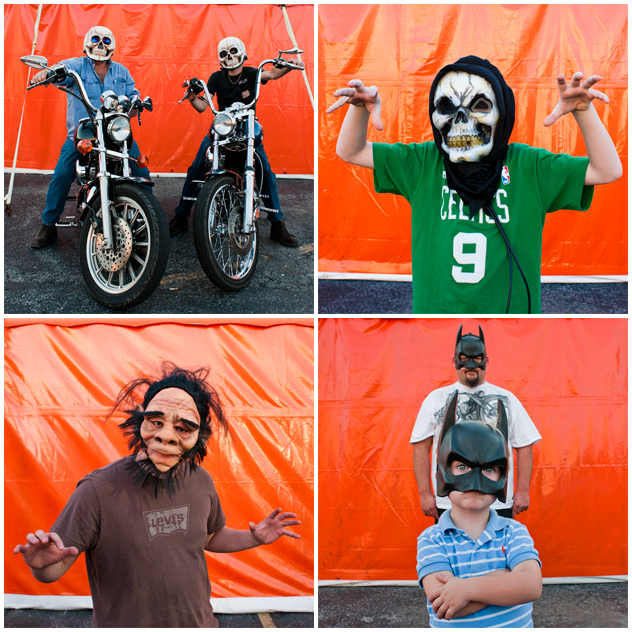 During Homecoming weekend, many WKU students will take a day to become someone or something other than themselves in celebration of Halloween.

Debbie Thornberry, one of the owners of Halloween Express, said costumes let people use their imaginations and do things they wouldn’t ordinarily do.

“I’ve seen guys dressed as the tooth fairy,” she said. “It’s what Halloween is all about.”

Halloween Express is a costume store located in the big orange tent at 2710 Scottsville Road, which is across from Greenwood Mall.

Thornberry said popular costumes this year include the Mad Hatter from “Alice in Wonderland” and “Toy Story” characters.

Those costumes won’t be available for very long, she said.

Louisville freshman Jen Harris said dressing up is part of the tradition.

“Halloween is Halloween,” she said. “You have to dress up.”

Harris said she’s not sure what she’s going to be this year for Halloween, but she will probably buy “something cute.”

Franklin junior Sierra Rhodes said she will be making her costume this year.

“I’ll be doing some Goodwilling, cutting, gluing, sewing and such,” she said.

“Why would you not dress up?” she said. “You get to be somebody else.”

Louisville freshman Trayshaun Brown said he plans to dress up as the Green Goblin from Spider-Man.

Although the alert doesn’t prohibit travel, it does mean that common sense and extra caution, he said.

A travel alert is issued to inform Americans about short-term conditions that could pose significant risks to the security of U.S. citizens, according to the website. Examples include natural disasters, election-related demonstrations and high-profile events.

Travel warnings are more severe and suggest that Americans avoid certain countries because they have been deemed too dangerous or unstable to visit, according to the website. Countries with current travel warnings include Sudan, Pakistan, Haiti and Iraq.

Some students may still take the chance to travel through Europe because they think this could be their only chance to do so, Millington said.

Millington also notified parents of the situation and encouraged them to use the alert to reconnect with their kids if they hadn’t spoken in a while.

Bowling Green sophomore Jessie Parks, who is currently studying at Harlaxton College in Grantham, England, said via e-mail she first heard about the alert in an e-mail from her parents.

Parks said at first she was concerned and wondered if she would be told to stop traveling. Then, she did some research on her own and felt assured that everything was being done to handle the situation.

Parks has visited London, Scotland and Ireland. She said the alert won’t alter her plans for the remainder of her time abroad. Places she still plans to go to include Paris, Italy and Spain.

When Parks and her friends plan trips independently, they always check reviews of the area and the hostel to make sure they will feel safe, she said. She also tries to stay aware of her surroundings and use common sense.

“It’s all about being as aware as you can be,” she said.

Millington said he still encourages students who plan to study abroad next semester to do so, but to continue to stay aware of the ongoing alert.