WKU has more to prove this time around 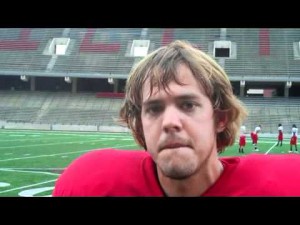 WKU, then a fledgling Football Bowl Subdivision team, sent a bunch of sledge-hammering, towel-waving, third-down-thundering folks up to Lexington only to watch their quarterback transfer and the losing streak that started that night spiral out of control.

Since that loss, UK has watched WKU’s FBS trials and tribulations from a distance, only offering up an occasional “told ya so” after seeing the Toppers’ results week after week the last two seasons.

When WKU went up there two years ago, it was as if the Wildcat fans were whispering to each other, “This isn’t going to work out for them.”

Tomorrow, when WKU shows up, those fans will be pointing and laughing at how the FBS era has gone so far.

And WKU fans can point and laugh back at how the Wildcats may be without their big Enes (Kanter) this basketball season.

The Toppers, though, will pile on the busses with a new energy and a bunch of greatness chasers and excellence catchers.

And even though WKU is two years removed from the first loss in Lexington, the program certainly hasn’t progressed nearly as far as anyone had hoped.

The losing streak is well-documented – we don’t need to re-hash the obvious. And while I don’t expect it to end on Saturday, I do expect Saturday to be another stepping stone toward a much-improved season for the Toppers.

Everyone that doesn’t live under a rock knows Willie Taggart has brought a new energy to the program.

Saturday night at Nebraska, Willie’s Jimmies and Joes found their poise in the second half. But moreover, Taggart showed he has a game plan. It’s simple. Give it to Bobby Rainey. Watch Bobby Rainey run, and watch the clock tick and the game shorten.

Tomorrow, WKU will have the added motivation of playing UK, trying to prove once more there’s more happening in Bowling Green than chain restaurants being built and Corvettes being assembled.

“Like I tell our players, every time you get an opportunity, you have to take advantage of it,” Taggart said. “You have that excitement and added energy playing an in-state team.”

And the extra pressure.

If there’s a week to impress, this is the week. WKU coaches and administrators were out this summer around the Commonwealth “spreading the red,” trying to rally the troops around what’s taking place in every sport on the Hill.

It’s a chance for Athletics Director Ross Bjork to shake some hands, get some folks that may not make it down to Houchens-Smith Stadium on a regular basis to write some checks and build a little more momentum towards the future.

All in all, WKU needs to avoid a big embarrassment at the hands of the Wildcats.