NOTEBOOK: Taggart could envision stadium’s second side as player 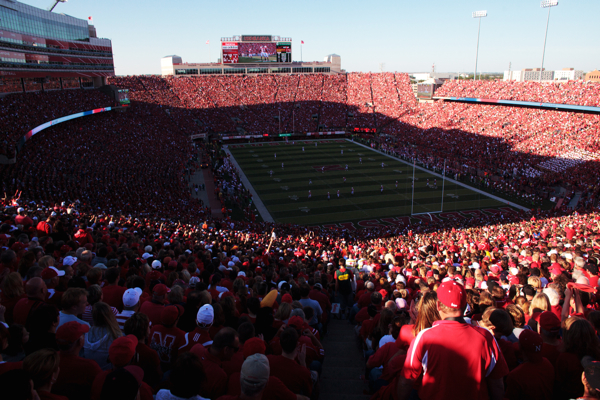 Head Coach Willie Taggart has a dream for the future of Houchens-Smith Stadium on game days.

It’s one he said he’s been cooking up for a long time in his head, but he knows there’s a lot of work left to do to get there.

“You know what I really want to get here one day? I want to get (ESPN’s) College Gameday here one day,” Taggart said Thursday. “How about that? That’s what I envision – right over on the South Lawn, facing this beautiful stadium, and we have that place jam-packed with all of our students — all of the community.

It’s a bold goal, but Taggart said even thinking about an expanded stadium as a player in the late 90s seemed bold.

“Where we’re out now is kind of what we envisioned as players,” he said. “I can remember us talking about what it would be like to have another side to the stadium.”

WKU opened the newly renovated stadium with style in 2008, rolling to a 50-9 win over Murray State. Since then, it’s been 22 straight losses.

But junior safety Mark Santoro said the losing streak can hardly get in the way of a home opener, which almost feels like a fresh start.

“It’s the best. The opener, no matter what year, is always the best,” Santoro said. “The crowd’s full of energy, and it gives us a lot more energy too – having the crowd pumping behind your back.”

Not surprisingly, junior running back Bobby Rainey was a topic of discussion when the media met Taggart on Thursday.

But Taggart took a different approach to Rainey’s 339 rushing yards – fourth best in the country – saying that they’ve done more than just propel the offense.

“The things that he’s doing are helping our entire program overall,” he said. “It helps recruiting. A guy that wants to play running back and play in a system like this, it’s a lot of things you’re going to do at the next level.”

“I think it helps out a lot, because if you’re athletic and skilled enough, you know that you could possibly help out at any position in this offense one way or another,” McNeal said.

Beyond the recruiting trail, Taggart said Rainey’s production is also good for the Toppers internally.

“As a team, it gives us something that we can grab on to,” he said. “We haven’t had a lot of success around here, and now we’ve got a No. 4 running back in the country. That’s a starting point for us, and that’s a pretty darn good starting point.”

Honing in on Hoosiers

While Nebraska and Kentucky pounded away at WKU with their ground game, the Toppers will likely see a more prolific pass attack against Indiana on Saturday.

Indiana senior quarterback Ben Chappell completed 16-of-23 passes for 182 yards and two touchdowns in the Hoosiers’ season opener against Towson. He’ll be throwing to three returning receivers, and all of them are 6-foot, 3 inches or taller.

“I know the quarterback’s really good,” Taggart said. “I know they’ve got some good receivers and some big receivers, which we’ve been seeing the last two weeks. You look at some of the games last year, and you can tell how good the Chappell kid is. It’ll be a challenge for us defensively to see what we can go out there and do.”

Although Indiana has a pass-first offense, Taggart said you can’t afford to overlook their running game.

Sophomore running back Darius Willis rattled off 102 rushing yards on just 14 carries against Towson, and Taggart said he’ll be a handful for the defensive players up front.

“It’s not going to matter if we don’t stop them from running the ball,” he said. “They get in that pistol and can he gets downhill quick, so that’s be a challenge. We’ve got to challenge our D-line, too. They’ve shown flashes, but now it’s time to show a little more than flashes.”