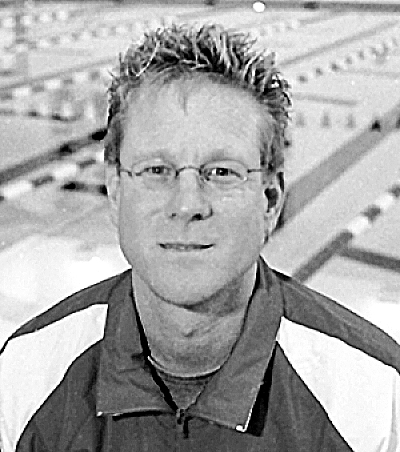 Bruce Marchionda is entering his fifth season as head coach of the WKU swimming and diving teams. Last season, he guided the women’s teams to a Sun Belt Conference Championship — the seventh in program history — as well as a third-place finish for the men’s team. He’s spent 26 years coaching and was previously a head coach at Clemson where he was named the 2007 Atlantic Coast Conference Coach of the Year.

Q. After having such success at Clemson, what drew you to coach at WKU?

A. It was just a great family move. Number 1, Bowling Green is a great place to raise a family, but also my wife, Hope, is a professor in the math department. Both of us working in the same university is just a blessing in disguise. The goals once I moved here didn’t change: winning conference championships, moving people to the national championships and also to break in to the national scene. The goals there and here are identical.

Q. What’s the biggest difference in coaching at Clemson compared to WKU?

A. Just name recognition in the recruiting world. We’ll call swimmers across the country and the world, and very few know anything about WKU. That’s something we battle all the time, which is why we started a summer program to send swimmers to national championships during the summer months where they’re representing WKU. That’s the biggest fight. People just don’t know what good things are happening on campus.

Q. Being in Bill Powell’s wake and seeing the kind of legacy he left on the WKU swimming program, what kind of a mark do you hope to leave once you’re done here?

A. I want to build upon the foundation that he laid and take it one step further. We were able to match that this season with Claire Donahue placing fourth at the national championships. Only one other swimmer in the program’s history has done that. We just want to continue to move the program forward and utilize the foundation that Coach Powell built.

Q. The question that everyone wants an answer to: Why do the swimmers sport their speedos at WKU athletic events? Are you embarrassed by it?

A. I think a lot of it has to do with the fact that we try to instill that Western spirit in our program, and it just filters outward. That’s the way they are at their meets. They get excited and cheer, and it’s just become a habit for them now. I’m not embarrassed in the least bit. I’m excited that they exemplify the school spirit that every student should have just as long as they don’t cross that line of what’s appropriate and what’s not, and it’s just clean fun. I think that spirit is very contagious and to be a part of that, I’m very proud.

Q. What would it take to get you in a speedo at one of the games?

A. A lot. I don’t know about that one. I’d probably have to lose a bet.