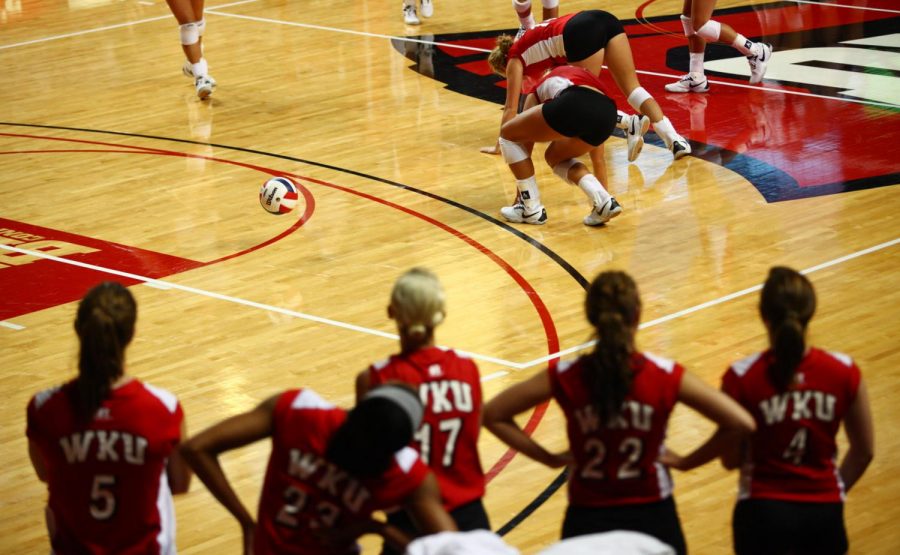 Despite a two-game rally, The Lady Toppers couldn't hold on against Virginia Tech on Friday afternoon.

Virginia Tech (6-1) exchanged the lead with the Lady Toppers each set until the fifth, when the Hokies grabbed a four-point lead from the onset.

Four points was the smallest deficit WKU would see for the rest of the set, as the Hokies opened their lead up to as much as seven.

The Lady Toppers saw strong efforts from junior Tiffany Elmore, who finished the match with 16 kills, and junior Lindsay Williams, who earned 15 kills with a .367 hitting percentage. But the performances were wasted after WKU dropped the decisive fifth set.

The Lady Toppers continue the WKU Tournament against Missouri at 7 p.m. Friday in Diddle Arena.