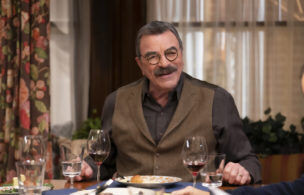 A handful of CBS procedural dramas are not going anywhere. See Also‘NCIS’ Renewed for Season 19 — But Will Mark Harmon Be in It?
The renewal comes as one of the spinoffs is ending this May.

CBS has also ordered a third FBI series, FBI: International, for next season. It will debut during a crossover of the other two series in the franchise.

We’re still waiting on news regarding the futures of more than a handful of CBS comedies and dramas: All Rise (in Season 2), NCIS: Los Angeles (in Season 12), SEAL Team (in Season 4), The Unicorn (Season 2 has finished airing), and freshman series B Positive, Clarice, and United States of Al. Meanwhile, three long-running series will be saying goodbye this spring: MacGyver (on Friday, April 30), Mom (on Thursday, May 13), and NCIS: New Orleans (on Sunday, May 23).

While NCIS is going to be losing one series in the franchise (and a second’s fate is up in the air), a new spinoff, set in Hawaii, with a female lead, is in the works. We’ll have to wait to see if it joins the rest of these shows in the 2021-2022 lineup.