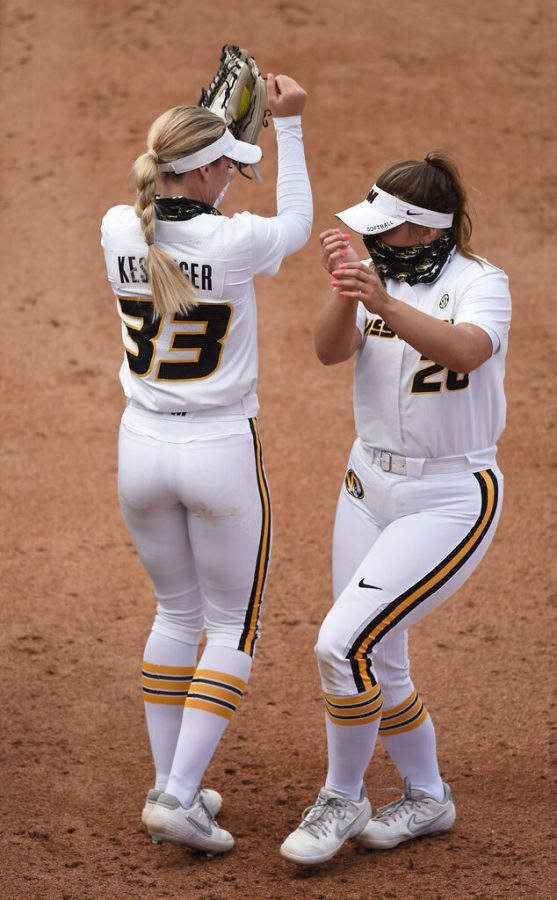 Designated player Cayla Kessinger, left, hip bumps utility player Alexis Burks after being introduced before the game against Mississippi State on Sunday at the Mizzou Softball Stadium in Columbia. As part of Senior Day, pictures of Missouri’s seniors as children were put up on the video board, and members of the audience were invited to guess which player the child was.