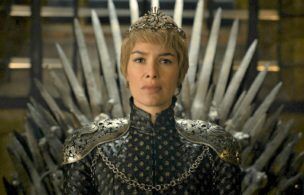 Game of Thrones reaches another milestone: On April 17, the fantasy series celebrates 10 years since its debut, and HBO is marking the occasion with a month-long Iron Anniversary event starting April 5.

The drama, based on George R.R. Martin‘s A Song of Ice and Fire book series, became one of the most acclaimed series of all time. Now, HBO is bringing viewers back to Westeros for the Iron Anniversary, with includes a binge-watching marathon, a cause-driven 73-hour “MaraThrone,” and more.

See AlsoAll the ‘Game of Thrones’ Spinoffs Currently in the Works at HBO and HBO Max
In light of George R.R. Martin’s just-announced deal with the network, it’s time to take a look at the canon to come.

On HBO’s GoT Spotlight Page, you’ll find what the streamer is calling “spoiler-laden curations featuring easter eggs for die hard fans,” plus over 150 videos of behind-the-scenes extras, cast interviews, clips and trailers — many of which have never been available on the streaming platform before. Beginning April 10, the MaraThrone will offer a binge of all episodes on HBO2 starting at 10 am ET. And it doubles as a fundraiser, as cast members will seek contributions to one of 10 causes. Additionally, the streamer is offering up different ways for viewers to “experience” the binge via “routes” that can send you off in different directions, e.g., following the storyline of the Mother of Dragons, or Arya’s journey to Braavos.

Of course the celebration hopes to whet appetites for GoT prequel House of the Dragon, slated to begin production this year.