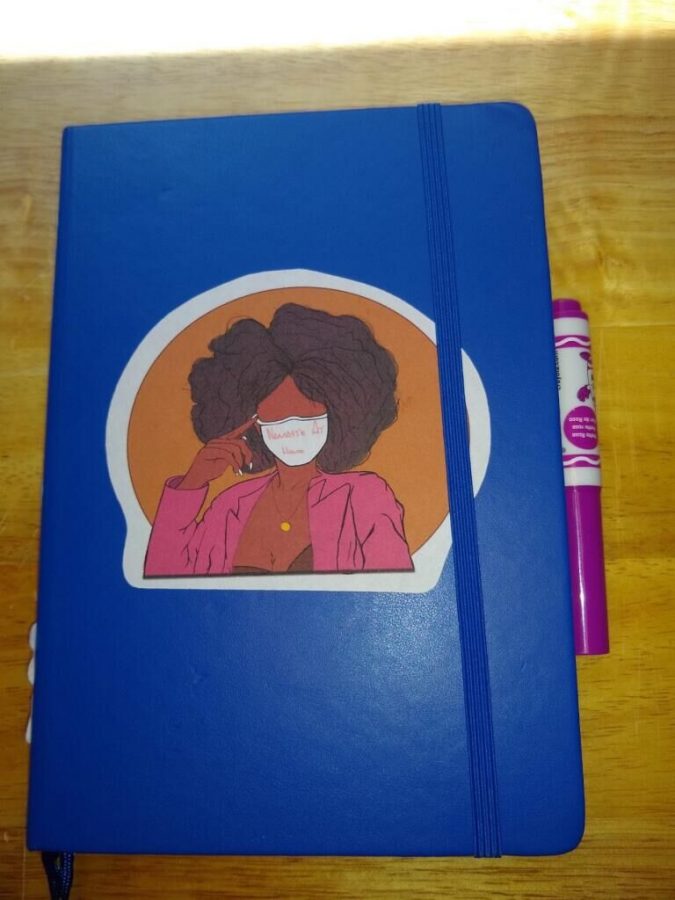 One of Kendra's sticker's offered in her Etsy shop.

Kendra Stevenson, a junior at WKU, used her time in quarantine to turn her passion for bullet journaling into a thriving business — Sticky K’s.

Stevenson began her bullet journaling hobby about four years ago. She noticed the people she shared her work with were often impressed and interested in the hobby themselves.

“Each time I pull it out and someone sees it, they would always go ‘wow, I really love that.’ Or they would say ‘I don’t know if I would be able to do that or I don’t think I have the time to do something creative or just a plethora of things,’” Stevenson said.

In her sophomore year, Stevenson relied heavily on stickers for her bullet journal due to the limited amount of time she had during college.

“You don’t have the time to do all the cute drawings and layouts, so I posted stickers that I made,” Stevenson said.

When the pandemic came, she went back home to Nashville where she began designing own stickers.

“I started to do my own stickers and then we ended up in this pandemic,” Stevenson said. “So what started as a sticker business turned into a work from home, lifestyle business.”

After seeing some initial success, she transitioned from selling stickers to selling her own art, mugs, bullet journals and apparel. One of her goals was to create a space for Black women.

“I feel like we don’t have enough space to express ourselves,” Stevenson said.

Stevenson’s items often reflect Black women in some way. For example, she sells a shirt with a Black woman on the front of it.

“I want to set a place for [Black women] to go where they can get things that resemble them. [Items] that look stylish and something that they want to use,” Stevenson said.

For those who want to begin their own business, Stevenson suggests to do a lot more research than she had initially done.

“I would suggest that people research the market,” Stevenson said. “I really went through a trial and error. I was throwing things at the wall and seeing what sticks.”

Stevenson is still learning and trying to apply her minor in Marketing to find her target audience and what they want to see.

“It’s a journey. I’m still going through things about what exactly I want to do and offer,” Stevenson said. “I feel like as I grow and shift, my business is growing and shifting with me.”

She would like for people to get joy and creativity from her business, just like it does for her.

“My business brings me joy. I really want people to feel creative,” Stevenson said. “I want it to feel like it’s uniquely theirs.”