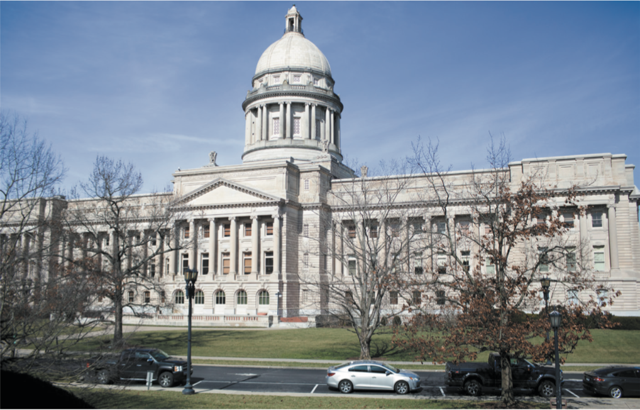 Senate Bill 211 was passed by the Kentucky Senate in March and has received mixed emotions from the public since its introduction to the assembly.

SB 211 is a bill that makes it a crime if someone insults, taunts or challenges a law enforcement officer with words, gestures or physical contact to provoke a violent response from the perspective of a reasonable and prudent person, political science professor Scott Lasley said.

The bill was passed almost one year after the death of Breonna Taylor, who was killed by Louisville Police March 13, 2020.

Kentucky is not particularly diverse and tends to think highly of police officers, he said. Lasley believes less diverse communities in Kentucky is who the bill was intended for.

Lydia Englund, a sophomore from Louisville, Kentucky, said the bill is wrong.

“I think as long as officers are killing innocent black people, the protests will still happen until officers are held accountable,” Englund said.

SB 211 passed the Kentucky Senate but has not passed the House, said Lasley. Before the bill can become a law it has to be passed by both chambers.

“To my knowledge the bill has not been considered in the House, and has not yet not been assigned to committee,” Lasley said. “And so at that point we still have to go to the governor. My assumption is Governor Beasher would veto it, and then it would go back to the House and Senate can override but there’s not enough based override so it’s very unlikely to pass or become law this session.”

Some legal scholars believe that it would be unconstitutional and that these protections are violating free speech rights, said Lasley.

Stephen Hillenmeyer, a senior for Villa Hills, said while he would like for police officers who do their job correctly to be shown respect, he’s not sure SB211 is the way to go or is constitutional.

“Police officers shouldn’t be assaulted at protests or riots the same way they shouldn’t be assaulting protestors or rioters, but according to the bill as written a protestor could be punished as if they assaulted a police officer for simply ‘taunting’ or ‘accosting’ them,” Hillenmeyer said. “It seems like pretty clear government overreach with regard to the first amendment. Any self-declared proponent of free speech supporting this bill should think twice. I could see this bill resulting in a state Supreme Court challenge in the future if passed.”

WKU Police Department Public Information Officer Melissa Bailey said the bill seems to be for the safety of police officers and the communities they serve here in Kentucky.

“It is tough to say what will happen if the bill is passed, but if it is, police officers will need to use officer discretion when enforcing this law,” Bailey said. “At the end of the day, police officers protect and serve the communities in which they live. One can only hope that it will bring a sense of fairness and safety to everyone in the Commonwealth.”

Reporter Joseph Thompson can be reached at [email protected]