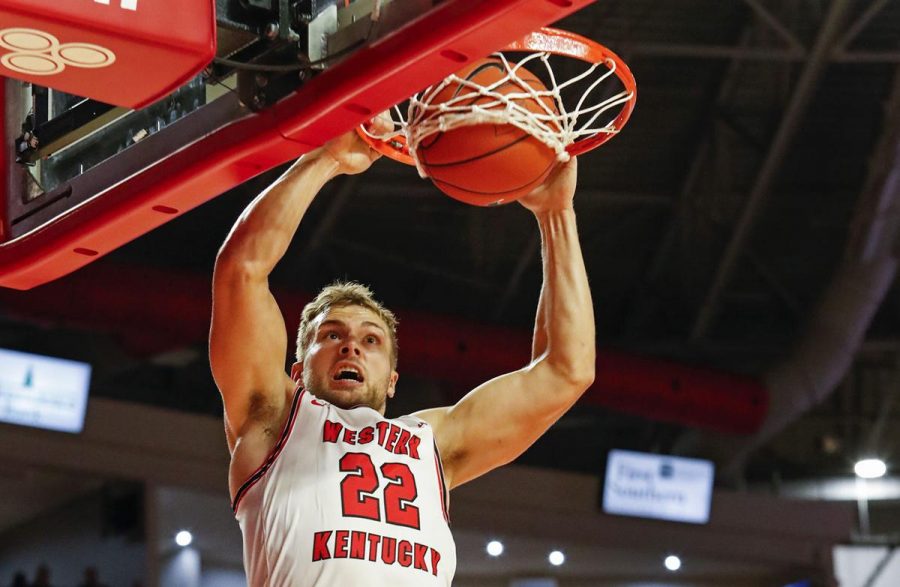 The Las Vegas Raiders announced Monday former WKU starting forward Carson Williams has signed with the NFL team as a free agent and will be a tight end.

Williams played basketball for WKU from 2019-2021 where he averaged 10.9 points per game and started 56 out 57 games he played in on the Hill. He also averaged six rebounds per game and shot 39% from the field.

Williams told Yahoo sports the last time he played football was in the eighth grade. He’ll bring his six-foot-five frame and size to the NFL when he reports to the Raiders camp.

Former WKU basketball star George Fant is an alum of the Hill who also made the transition to professional football. Fant started for the New York Jets in 2020 and signed a three-year deal worth $30 million back on March 17, 2020.

Williams had a pro day at WKU back on April 1 exhibiting his athleticism and potential to play in the NFL.