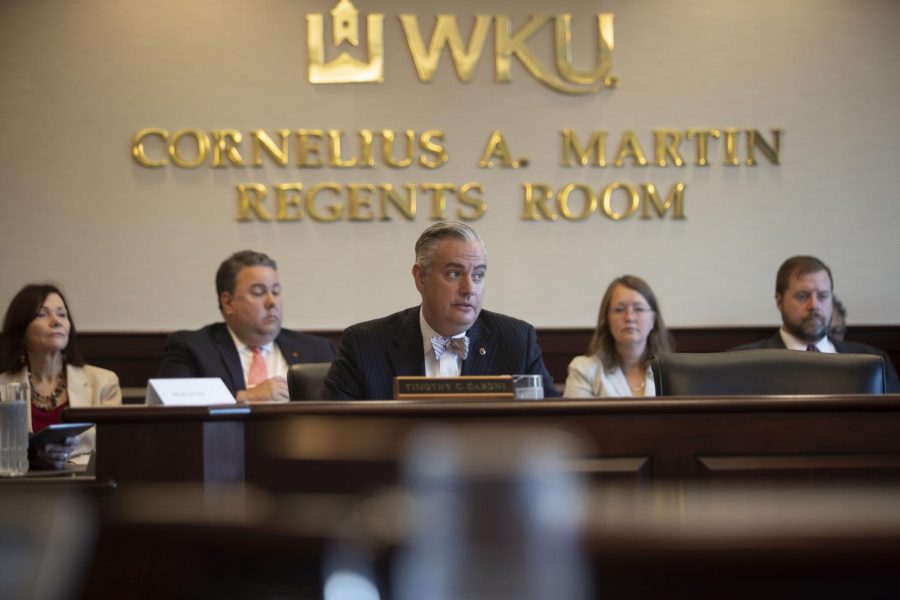 WKU faces a $7.8 million budget shortfall in 2021–22, and intends to impose a 2% increase in tuition, according to an agenda for the board of regents that was released Friday.

The Regents will meet at 9 a.m. on May 7 for their second quarterly meeting of the year. On the agenda are several certificates approvals from the Academic Affairs Committee, a six-year capital plan from the Executive Committee, updates from President Timothy Caboni and the 2020-21 Operating Budget approval from the Finance and Budget Committee.

The Finance and Budget Committee are also presenting “FY 2022 Budget Development Update,” which has been worked on since November 2020, according to the agenda. In this update, the Budget Executive Committee is recommending a 2% tuition increase dependent on recommendations from the Council of Postsecondary Education.

“Increasing tuition is never taken lightly, however, in a time of historically declining or flat state support, the Committee recognizes that the institution must consider an increase,” the agenda stated.

“These targets will be managed by the respective Dean or Vice President,” the agenda stated. “The targets can be addressed through a multitude of ways including operational spending reductions, travel reductions, lapse personnel dollars, strategic hiring pauses, etc.”