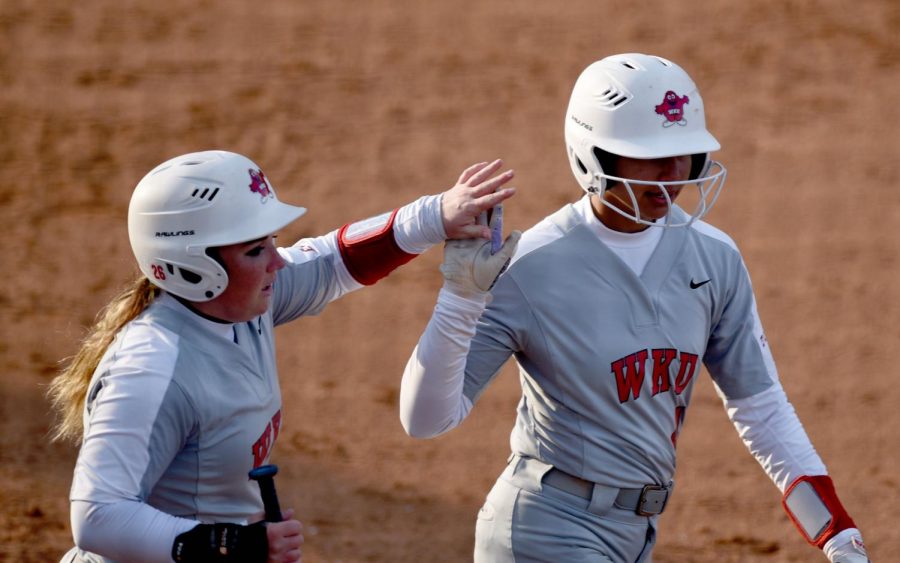 WKU outfielders Paige Carter (26) and Kennedy Sullivan (4) high five after they made two consecutive runs together in one play during the WKU v MTSU softball game on Mar. 6, 2020 at the WKU Softball Complex. The Hilltoppers won 3-1.

Carter slashed .474/.522/1.105 over the course of the Hilltoppers’ last five games. WKU went 4-1 during that stretch against Tennessee Tech and Florida International University. Carter hit six doubles over that span including a pair of two-double games. Carter also hit two home runs, both of which came in the Hilltoppers’ 10-1 defeat of FIU on May 1. Carter currently leads the team in home runs with 11.

Eight of Carter’s nine hits during those five games went for extra bases and the redshirt senior drove in eight runs. Carter amassed 21 total bases over the course of the week.